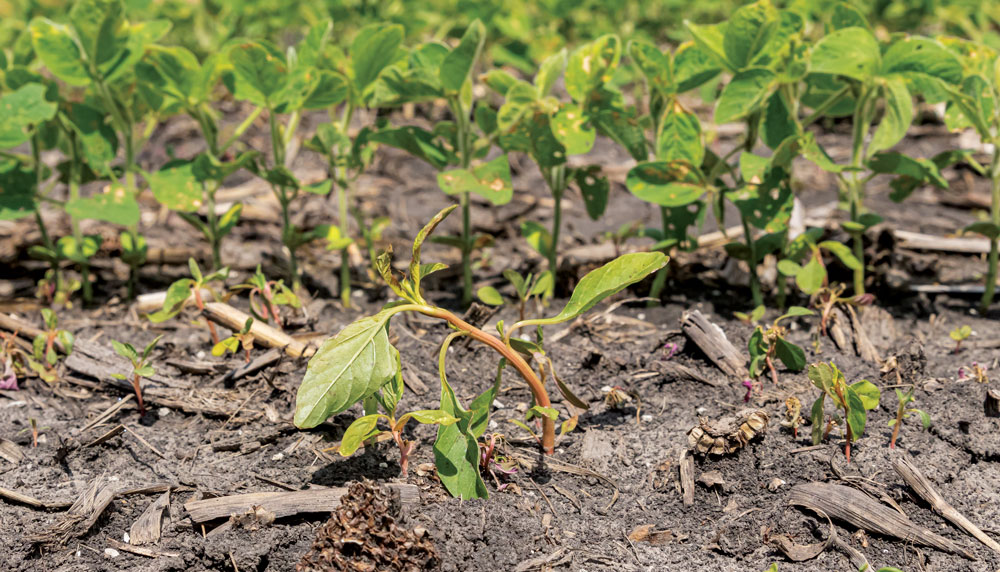 How No-Tillers Can Combat the Evolution of Herbicide Resistance

Growing metabolism-based resistance is the greatest problem no-tillers will face with weed control, but effective use of herbicides, using multiple modes of action, and controlling the weed seed bank at harvest can all help.

Herbicide resistance continues to be a pressing issue for no-tillers.

As of early June 2021, the International Herbicide-Resistant Weed Database reported that there were 522 unique cases of weed resistance globally. A unique case means a specific weed species resistant to a specific site of action.

While that number is concerning, Iowa State University Extension weed specialist Bob Hartzler is more worried about the fact that there are a few weed species that are very efficient at accumulating multiple resistances.

At the 2021 National No-Tillage Conference, Hartzler spoke on the biggest challenges of herbicide resistance, and why focusing on the weed seedbank will likely be key to keeping troublesome weeds under control.

“When we start accumulating this many resistances, that basically means we’re running out of herbicide options to control those weeds,” Hartzler says.

It’s not surprising then that in a…

Premium content is for our Digital-only and Premium subscribers. A Print-only subscription doesn't qualify. Please purchase/upgrade a subscription with the Digital product to get access to all No-Till Farmer content and archives online. Learn more about the different versions and what is included.
KEYWORDS Bob Hartzler herbicide resistance herbicide-resistant waterhemp metabolic herbicide resistance seed destructor

How the Enlist System Impacts No-Tillers and Weed Resistance

Slowing the Evolution of Herbicide-Resistant Weeds

How No-Tillers Can Slam The Door On Crop Diseases