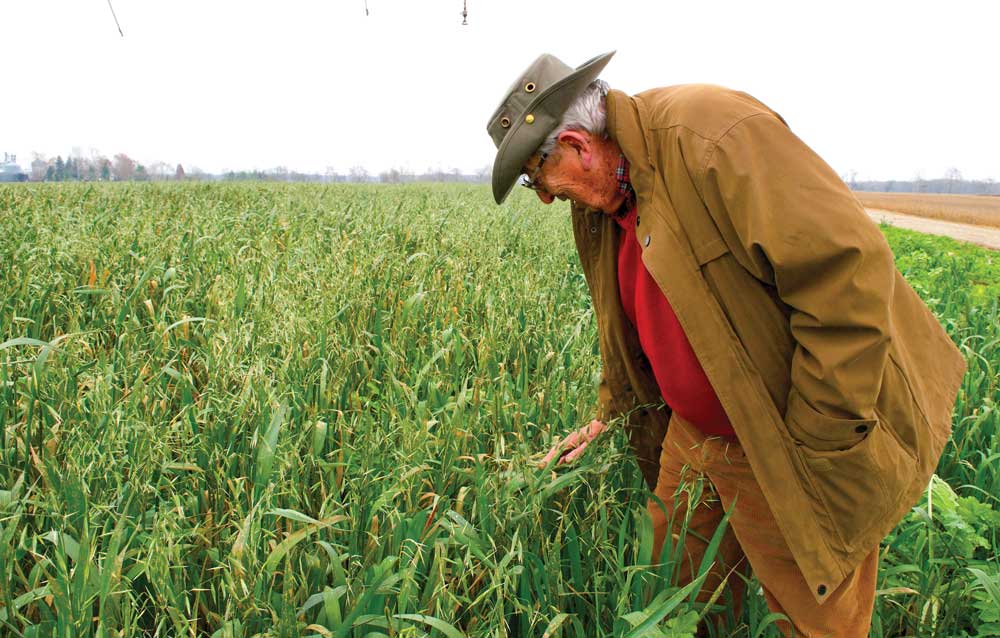 By John Dobberstein posted on February 28, 2021 | Posted in Cover Crops

Results of NRCS national trials confirm the importance of choosing varieties that fit with local conditions, climates and no-till goals.

Pictured Above: LEAN AND GREEN. Irrigated cover crops on the Circleville, Ohio, farm of no-tiller Bill Richards, who formerly served as the head of the U.S. Soil Conservation Service. Recently released results from the NRCS’ national cover crop trials — involving more than 60 commercially available varieties — are helping to shed light on how different species and varieties perform in various regions of the U.S.

Even though cover crop acreage in the U.S. has doubled to nearly 10 million acres in the last several years, the industry itself is very young as applied to today’s cropping systems.

Farmers often find it challenging to sort out which species and varieties of covers work best in their type of farm operation and climate. Often they rely on crop variety trials to make informed decisions, but some farmers have complained the trials included varieties that are no longer commercially available.

Triticale: A Useful Component of a Cover Crop