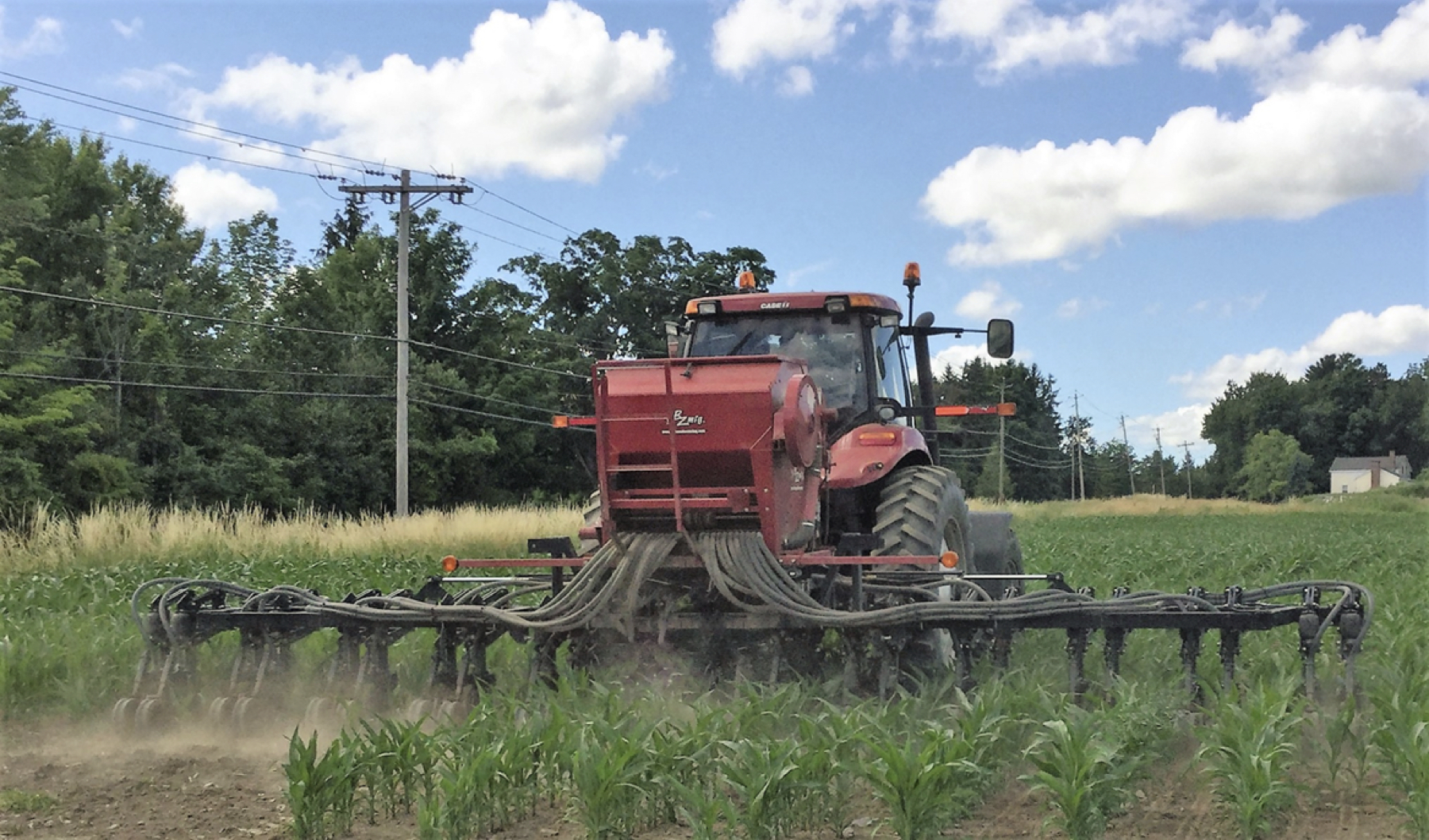 Pictured Above: GET IT IN EARLY. An interseeding drill allows for getting cover crops seeded in corn at V2-V5. If paired with a short corn variety, the remaining cover crop could then be available for grazing in the fall

IT’S BEEN SAID that change is the only constant in life, and at the 2020 National No-Tillage Conference, Indiana-based conservation ag consultants Hans Kok and Dan Towery told attendees that philosophy pertains to farming practices, too.

“I always compare it to cell phones,” says Kok. “Everybody has a cell phone, but 20 years ago we didn’t have them and now, without one, we’re crying and we can’t do anything anymore.”

But they’re not advocating change just for the sake of it, but rather to keep doing things better, which is partially informed by the expectations of the public.

“A lot of things are easy to watch these days with satellites, with drones, with people watching agriculture,” says Kok. “So we need to be doing more than just no-till now.”

Indeed, soil health practices like planting cover crops can help farmers stay in the good graces of the public but they can be intimidating to adopt. The pair shared several strategies for those wanting to go beyond no-till.

One of the big goals of cover crops is to capture and hold on to nutrients like nitrogen (N) in the soil until later in the season when cash crops can use them. The key to doing this, Kok says, is…

Getting Out of a No-Till Rut with Cover Crops