By Frank Lessiter posted on August 14, 2020 | Posted in Seeding & Planting, Soil Health
Pictured Above: ADDING VALUE. Oxen were used to move wheat from the fields to Mount Vernon’s grist mill where it was turned into corn meal and flour for export.

In an effort to increase income in these tough times, a number of no-tillers today are looking for new ways to add value to the products they grow, looking at ways to diversify their operation and considering longer crop rotations to improve their soils.

While there’s been considerable interest among no-tillers in recent years in finding ways to add value, the basic concept isn’t as new as some folks might think.

I’ve come to this conclusion after reading a Wall Street Journal review of a newly-published book called George Washington, Entrepreneur. In this 262-page book, author John Berau describes the farming innovations program carried out by our first president some 250 years ago.

After Washington resigned as chief of Great Britain’s Virginia forces in the French and Indian War of 1758, he put aside his military ambitions and returned to his Mount Vernon plantation in northern Virginia, located 15 miles south from where the nation’s capital would be built.

As the book’s reviewer John Rhodehamel points out, Washington started out as a traditional slave-holding Southern tobacco planter, much like his father and grandfather. But before he died in 1799, Washington had turned his back on the normal Southern role of mainly raising tobacco, instead becoming an ag entrepreneur by finding new ways to dramatically increase the value of a number of new cropping practices.

Washington became a leader for agricultural and economic change, believing the future of our new nation would depend on the development of more responsible farming methods. Even in the mid-1700s, he witnessed the needless exhaustion of the soil that led to “ruinous” farming methods due to Southern plantation owners’ resistance to change.

Instead of repeating traditional farming paths, Washington became an enthusiastic convert to the “New Husbandry” farming advocated by many French and British agriculturists.

While Mount Vernon remained the center of Washington’s entrepreneurial experience even during his 8 years as U.S. President from 1789 to 1797, he turned the old plantation into what the book’s author describes as an “industrial village.”

It started with abandoning the production of tobacco, which was a soil-depleting crop that had served as the foundation of the Chesapeake economy since the first English settlers arrived in the early 17th century. Tobacco was extremely labor-intensive, hard on the soil and pushed Washington deeply into debt. Plus, American growers were at the mercy of government authorities in England who regulated the tobacco trade around the world to support their traditional mercantile trade system.

After evaluating a number of potential replacement grains, Washington switched to wheat as a cash crop. By the following year, he had abandoned tobacco production entirely. With other Southern plantation owners also making the same shift from planter to farmer, the country’s grain acreage soon eclipsed the tobacco acreage. 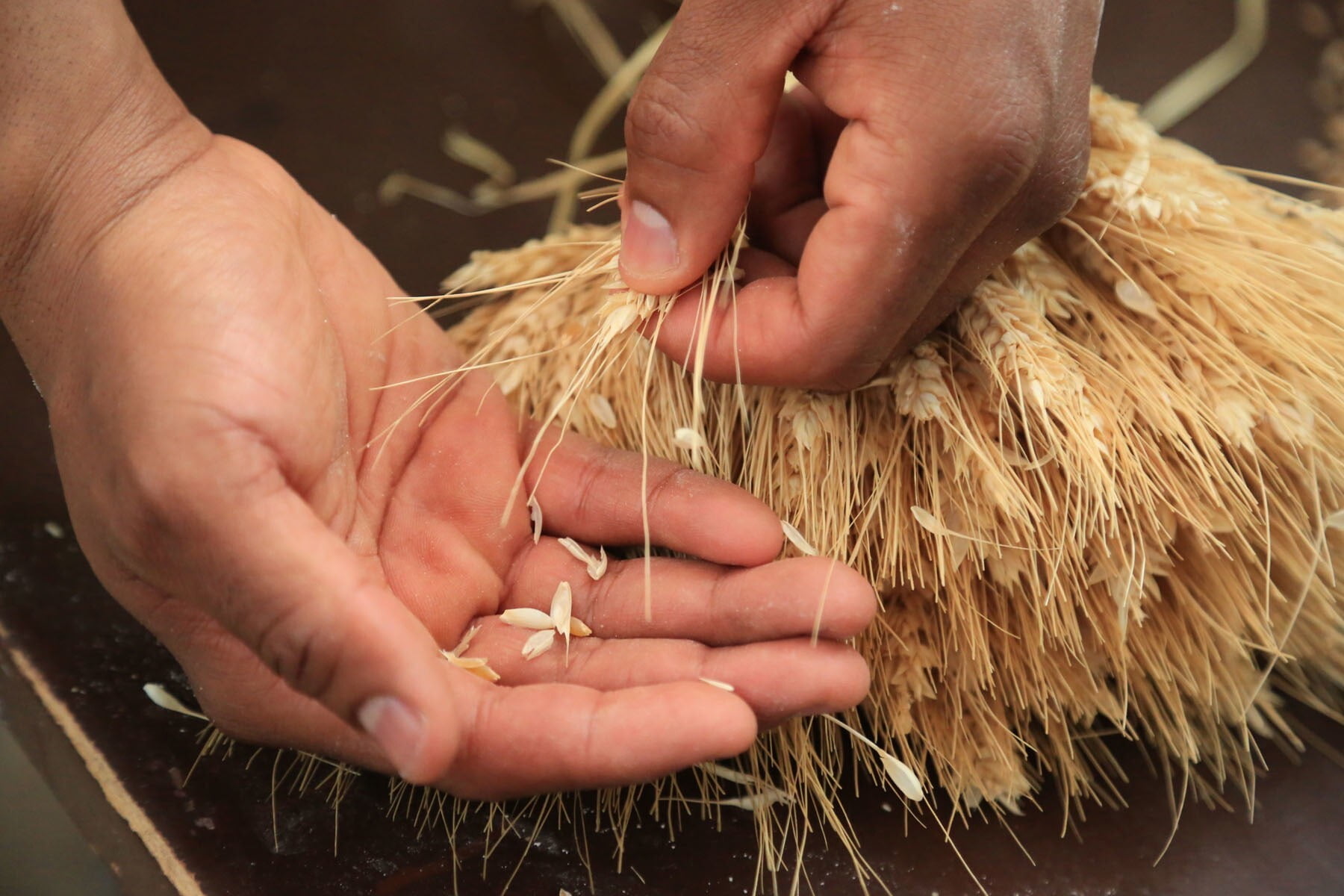 MORE PROFIT IN WHEAT. After returning to Mount Vernon from the military, George Washington realized producing grain made more economic and environmental sense than being at the mercy of British authorities who controlled the world’s tobacco market.

But what set Washington apart from other growers was the diversification and scale of his operations. He was soon farming 8,000 acres spread out among five nearby farms and the book’s author labels Washington as the most progressive large-scale farmer in America at this time.

During his faming career, Washington experimented with 60 different crops and numerous fertilizer options. These included hemp, flax, cotton, corn, vegetables and numerous grasses to name a few. While he was more interested in crops than livestock, he also was involved in selective breeding of sheep in order to produce higher quality wool.

But there was much more to Washington’s plan than just raising wheat. He not only raised wheat, but built his own grist mill to grind it into corn meal and flour. Next, he packaged the value added wheat products in sacks marked with his “G. Washington” brand and marketed the flour throughout North America, the Caribbean and England.

To further add value to the grain, Washington made sure much of the flour left Mount Vernon’s docks on his own ocean-going ships. Soon, buyers learned that the “G. Washington” brand also stood for consistent quality, which helped him add still more value to his wheat production.

Washington’s wheat fields soon also supported another profitable enterprise — a whiskey distillery — whose annual production amounted to around 11,000 gallons, making it one of the largest liquor production centers in North America.

"He was the most progressive large-scale farmer in America…"

With Mount Vernon located along the Potomac River, Washington soon saw the potential in harvesting shad and herring during their spring upstream breeding runs. His fleet of small boats stayed on the water for weeks fishing with large seine nets, which were repaired with the plantation’s own industrial hemp. 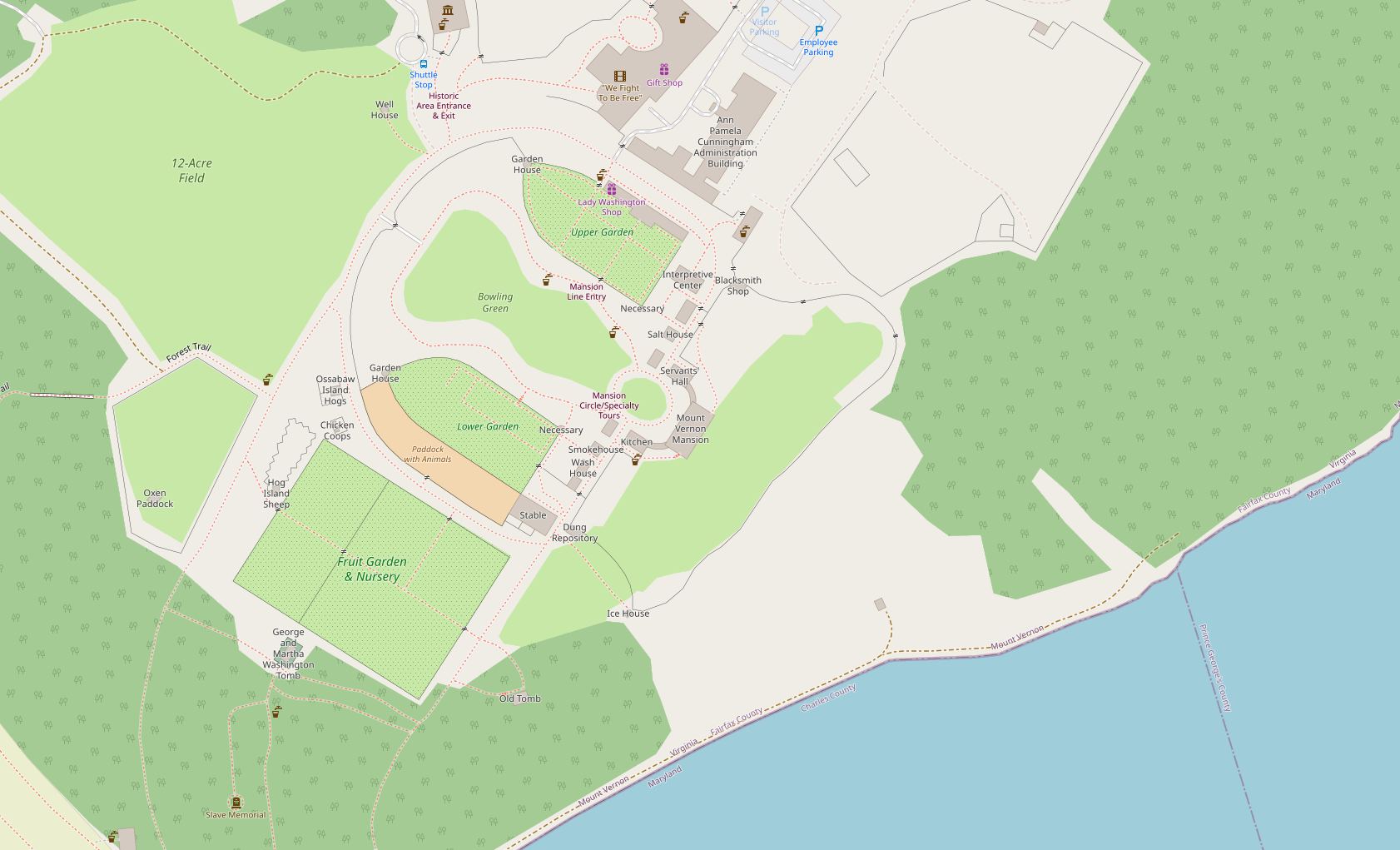 In a good year, the crew could harvest 1.5 million fish that were gutted, salted and packed in barrels. Besides helping feed the Mount Vernon staff, the fish were exported, once again in Washington’s own ships.

He also saw the value of selling services of some his staff to nearby plantation owners and businessmen in an effort to further increase his income. This was particularly true of the plantation’s blacksmiths who shod horses and did metal work for neighbors as well as the weavers who operated the plantation’s cotton cloth looms.

Not satisfied with soil health benefits with a 3-year rotation, Washington shifted to 6- and 7-year rotations that included cover crops. One of these long-term rotations included buckwheat, wheat, 2 years of clover or grass, corn and potatoes.

No crops other than clover or grass were planted in the same field in consecutive years. By grazing cattle and sheep on the grass, Washington was helping replace valuable soil nutrients with their manure. In addition, buckwheat was plowed under while still green to serve as a natural “green manure” soil enhancer.

Washington’s farming innovations were ahead of their time, as he was looking at the benefits of increased soil health, farm diversification and added income some 250 years ago.

As an ag innovator, our first U.S. president would have seen the benefits of no-tilling. If he had known about it, I’m convinced he would have given no-till a try at Mount Vernon.