Pictured Above: PLANTING GREEN. As Andrew Reuschel no-tills his 2020 soybean crop into a carpet of mainly cereal rye, he says there are actually 4-5 species of cover crops growing in the field including volunteer plants emerging behind delayed termination

During long hours in the cab planting soybeans primarily in tall cereal rye, Andrew Reuschel began taking a mental inventory of the active cover crops he was no-tilling into with his Kinze 2600 planter this year.

“In addition to 2019’s fall-planted cereal rye, I had annual ryegrass between corn rows from the previous summer and volunteer barley and crimson clover from the fall of 2018. Then I saw evidence of the forage turnips I planted in 2017,” he explains.

That abundant seed and residue from cover crops of the past 3 years is a vital part of Reuschel’s effort to reduce inputs and weatherproof his western Illinois operation.

“By the time I had my corn and soybeans planted, my only inputs on the farm were seeds,” he explains.

Reuschel and his father, Jeff, farm just under 1,500 acres in a two-way corn-soybean rotation near Golden, Ill., about 30 miles northeast of Quincy. Andrew joined the farm full-time in 2016, bringing with him a newly-purchased nearby farm. 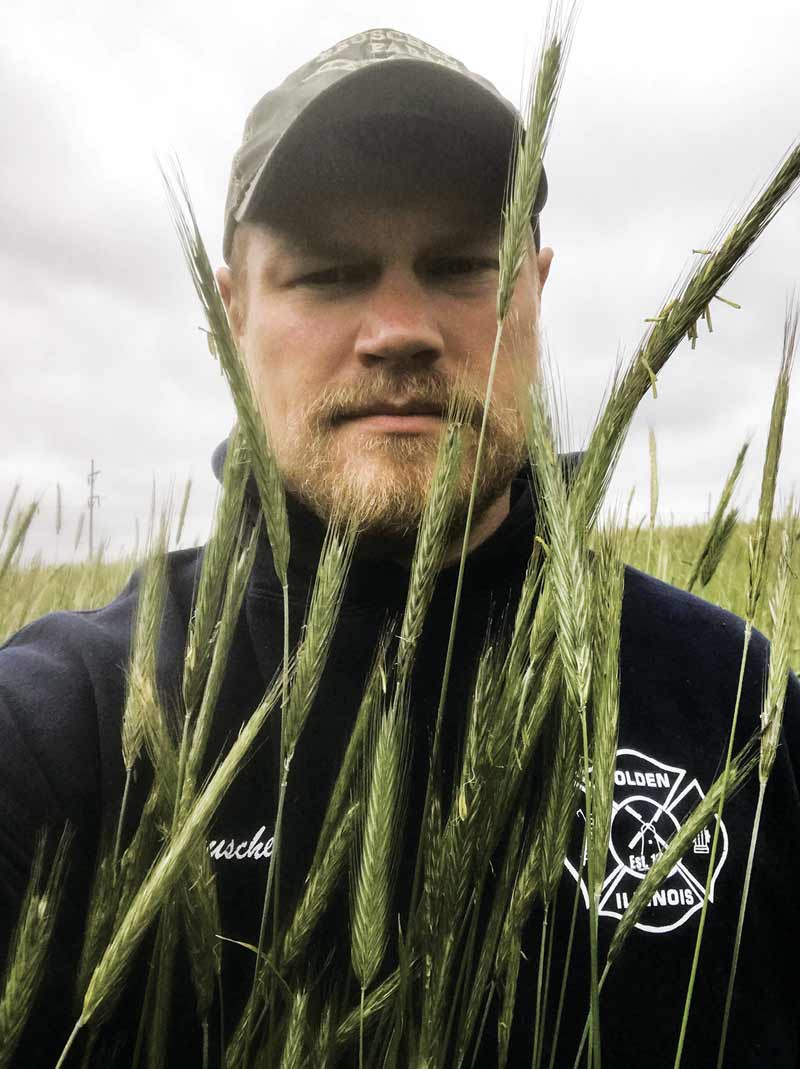 TALL COVERS. In mid-May, 2020, Andrew Reuschel stood in this tall cereal rye cover crop which was inter-seeded into his corn fields ahead of the combine in late summer, 2019. The rye provides a dependable planting mulch for Reuschel’s soybeans each year.