A synthesis of 89 studies across six continents has helped clarify which agricultural practices hold water when it comes to helping soils soak up precipitation — a factor critical to mitigating floods, outlasting drought, and stabilizing crop yields.

The roots of the solution? Put down and preserve some, said the University of Nebraska–Lincoln’s Andrea Basche.

“There are a number of ways to improve water getting into the soil, but what we found to be the most consistent are the practices that offer continuous roots,” said Basche, assistant professor of agronomy and horticulture.

When acting like sponges, soils can alleviate the worst consequences of torrential rains that now strike with increasing frequency and are abruptly redefining terms such as “500-year flood.” Absorbent soils can also make the most of water when it’s most precious, allowing crops and other plants to better survive droughts that many researchers predict will become more severe going forward.

Though some agricultural producers have adopted management practices designed to minimize the disruption or maximize the enrichment of soils, little research has systematically compared how those practices influence water absorption, Basche said.

“We talk about a lot of (landscape) conservation practices as if they’re equal,” she said. “My perspective was that we didn’t have a good sense of the benefits that different practices provide.”

An illustration comparing how various agricultural practices affect water's infiltration of soils, based on a meta-analysis of 89 studies across six continents. (Lana Johnson/PLOS ONE)

By contrast, the synthesized data from 52 studies found no overall effect from practicing no-till agriculture.

“That was probably the most surprising finding,” Basche said. “Very commonly, you hear people talk about how important no-till is to increasing (water) infiltration. There were some environments and management combinations where no-till led to an increase in infiltration, but on average, that’s not what we found.”

Rotating among cash crops also seemed to have no substantial influence, at least in the aggregate. Allowing livestock to graze on cropland, meanwhile, reduced water infiltration by an average of 21%, though the team found relatively few studies on the practice. 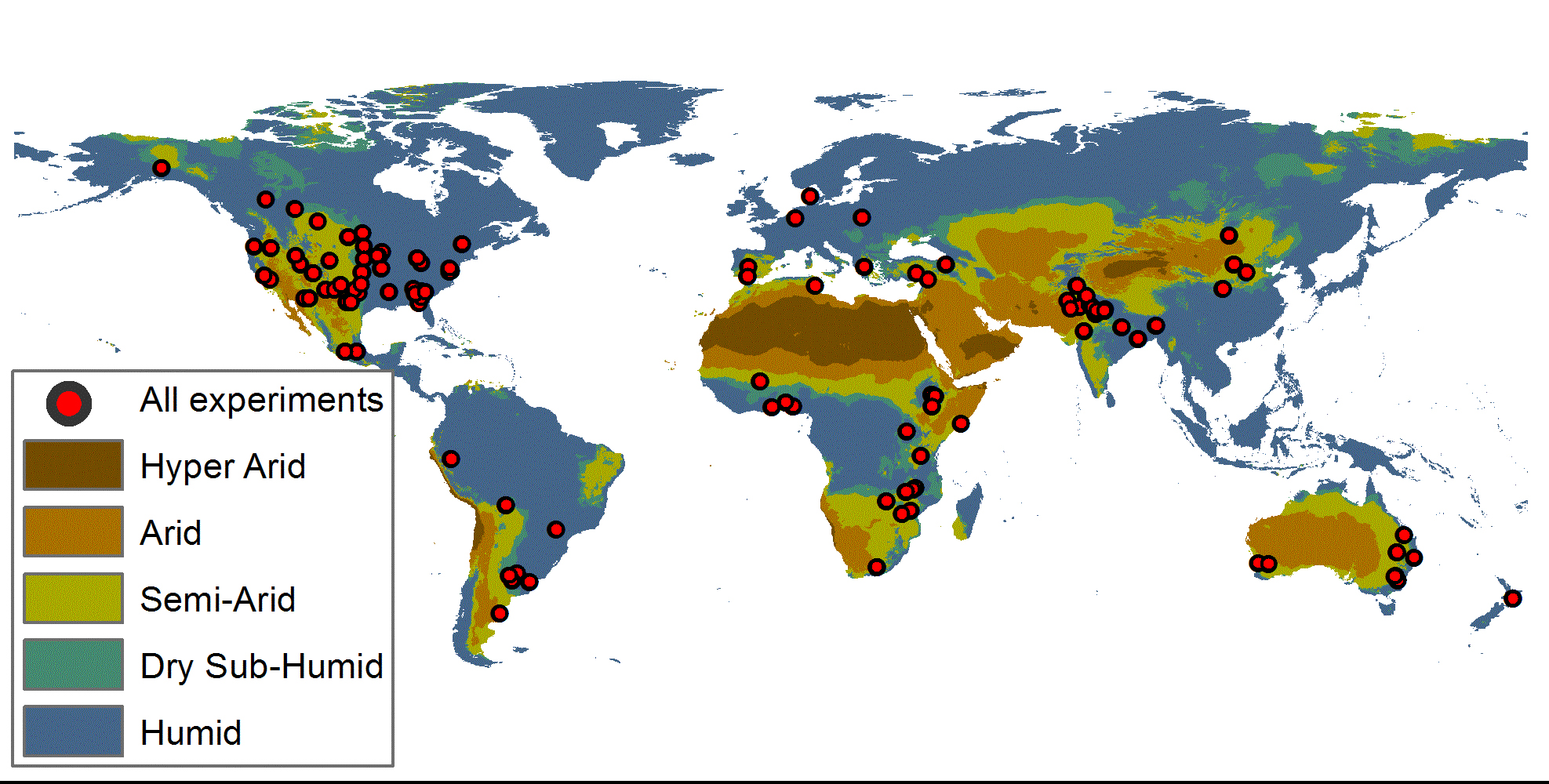 A map of the sites where researchers studied the relationship between agricultural practices and the water absorbency of soils. (Andrea Basche and Marcia DeLonge / PLOS ONE)

The differences that emerged from the meta-analysis could partly account for the flood-related phenomena that farmers have noticed and recounted over the years, Basche said. Nebraska farmer Noah Seim told the U.S. Department of Agriculture that a rye-heavy cover crop seemed to spare his land from the worst aftermath of the widespread flooding that hit the state in March.

“You hear all these anecdotes about soil health,” Basche said. “Producers love to tell these stories about, ‘I got this 6-inch rain event. My neighbor’s farm had flooding, and my farm let all that water soak into it.’ I’ve heard (versions of) that story numerous times.”

Prior research has suggested that the continuous presence of root systems, like those that perennials and cover crops can offer, may open up more pores for water to infiltrate, Basche said. Undisturbed soil might also encourage more biological activity, such as the burrowing of earthworms, that does the same.

“It’s hard in an analysis like this to say exactly what’s the process behind that,” Basche said. “But when you put these (practices) all together, you can see the relative differences and make some new hypotheses about what might be impacting infiltration.”

Basche recently returned from Washington, D.C., where she presented to a congressional caucus focused on soils. After illustrating the post-1980 jumps in heavy rainfall across much of the United States, she shared lessons from the meta-analysis, other research and an ongoing study of 17 field sites across Nebraska.

Part of the challenge ahead, she said, lies in demonstrating the value and feasibility of soil-friendly practices to agricultural producers. Less than 10% of U.S. cropland, for instance, currently supports cover crops.

“Ultimately, with anything that we do research on in agriculture, it has to work on the farm,” Basche said. “We have to figure out how to do it and how to make it economically sustainable, too.

“But when it comes to improving outcomes with heavy-rain events, I think this work illustrates that soil can be a solution.”

Basche and DeLonge published their findings in the journal PLOS ONE. They received support from the Union of Concerned Scientists, the TomKat Foundation and The Grantham Foundation for the Protection of the Environment.