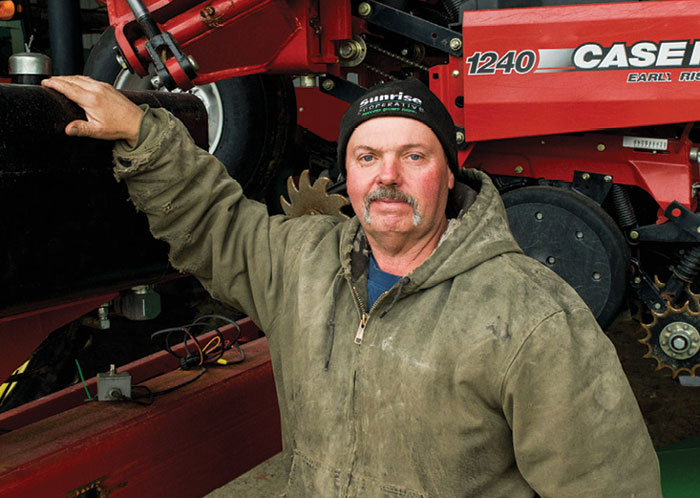 Building Fertility Takes Long-term No-Till to the Next Level

Cover crops, the right equipment and no-till have improved the scant 6 inches of topsoil at Paul Kelly’s farms, and now he’s looking to the next boost.

I started farming on the brink of the 1980s farm crisis. I graduated from high school in 1983 and was raring to continue in the farming tradition established by my father and grandfather.

As a kid, I would skip school and put every spare hour into running our old disc and rolling basket over our fields at planting and spend my whole summer cultivating soybeans.

As I was ready to hit the fields full time, though, my Dad, Paul, reached a point where financially things weren’t working. He held an auction and got rid of all our equipment. I was heartbroken as I thought this was the end, but my heartbreak was short lived as he immediately used the proceeds to purchase a used tractor and a double frame, 6-row no-till planter.

Dad had been experimenting a bit with no-till, but this was a huge jump. All the farmers that gathered at our local greasy spoon restaurant were just sure no-till wouldn’t work. They were sure we were going to go broke. This mentality continued for several years. 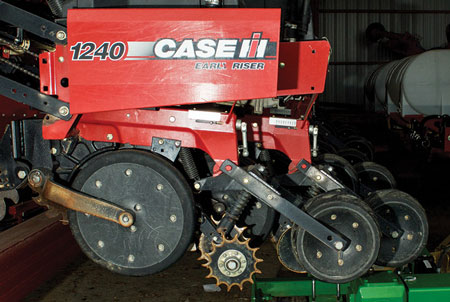 BETTER STANDS. In the past, Paul Kelly added a number of Case IH components to his Kinse planter, including reduced inner diameter gauge wheels. But he decided just to buy a Case IH 1240 Early Riser planter instead, citing the machine’s opener and firmer performance. “Frankly, switching to…

Premium content is for our Digital-only and Premium subscribers. A Print-only subscription doesn't qualify. Please purchase/upgrade a subscription with the Digital product to get access to all No-Till Farmer content and archives online. Learn more about the different versions and what is included.
KEYWORDS brookside laboratories Case IH Early Riser in-furrow starter Martin row cleaners Paul Kelly