Management Options for Sugarcane Aphids in the High Plains

AMARILLO – Texas A&M AgriLife Extension Service entomologists are trying to help producers prepare for the likelihood of the sugarcane aphid on the Texas High Plains in 2016.

Dr. Ed Bynum, AgriLife Extension entomologist in Amarillo, said after 2015’s infestation, the agency’s entomologists in areas impacted by sugarcane aphid got together to determine what needed to be done to prevent as much damage as possible.

The first step will be to make sure all producers are able to identify the sugarcane aphid and know the difference between other insects out there that look very similar, such as the greenbug, Bynum said. The sugarcane aphid has dark cornicles, tips of antennae and feet, and no stripe down its back; the greenbug doesn’t.

He said all sugarcane aphids are females. They live an average of 28 days, are born pregnant and have a live birth. The new aphids only take four to 12 days before they become an adult and can start giving birth to one to three offspring a day.

Their damage is caused by the piercing sucking mouthparts, Bynum said. This action puts the plant in poor health and can keep it from fully developing. Excess plant sap during feeding is bypassed out on to the leaves as a sticky substance called honeydew. A black sooty mold will grow on the honeydew causing a reduction of photosynthesis.

Excessive feeding can cause significant yield loss and weakens the stalk, predisposing it to lodging, he said.

Bynum said arrival time of the insect determines the risk. If the sugarcane aphids show up in the pre-boot stage of the crop, 81-100 percent yield loss can be expected if not treated. If the arrival occurs at the boot stage, the potential yield loss could be 52-69%; at panicle emergence, 67%; and at soft dough stage, 21%.

It is still uncertain whether sugarcane aphids overwinter in the southern High Plains, so AgriLife Extension has nine overwintering monitoring sites set up from Dalhart down to San Angelo. He said they will begin checking the cages in April in both the South Plains and the Panhandle. If no aphids are found, the cages will be checked again in May and June.

Bynum said in field trials at Lubbock last season, there was a 74% yield loss between treated and untreated sorghum at the boot stage.

“If you start seeing physical damage to the field or crop canopy, you have a heavy infestation already,” he said.

The options to avoid damage are: plant outside the normal planting window; use insecticide seed treatments; plant resistant hybrids and determine when to treat.

“If you plant early, the field could be in later growth stages when aphids arrive, which would have less risk of being severely damaged,” Bynum said. 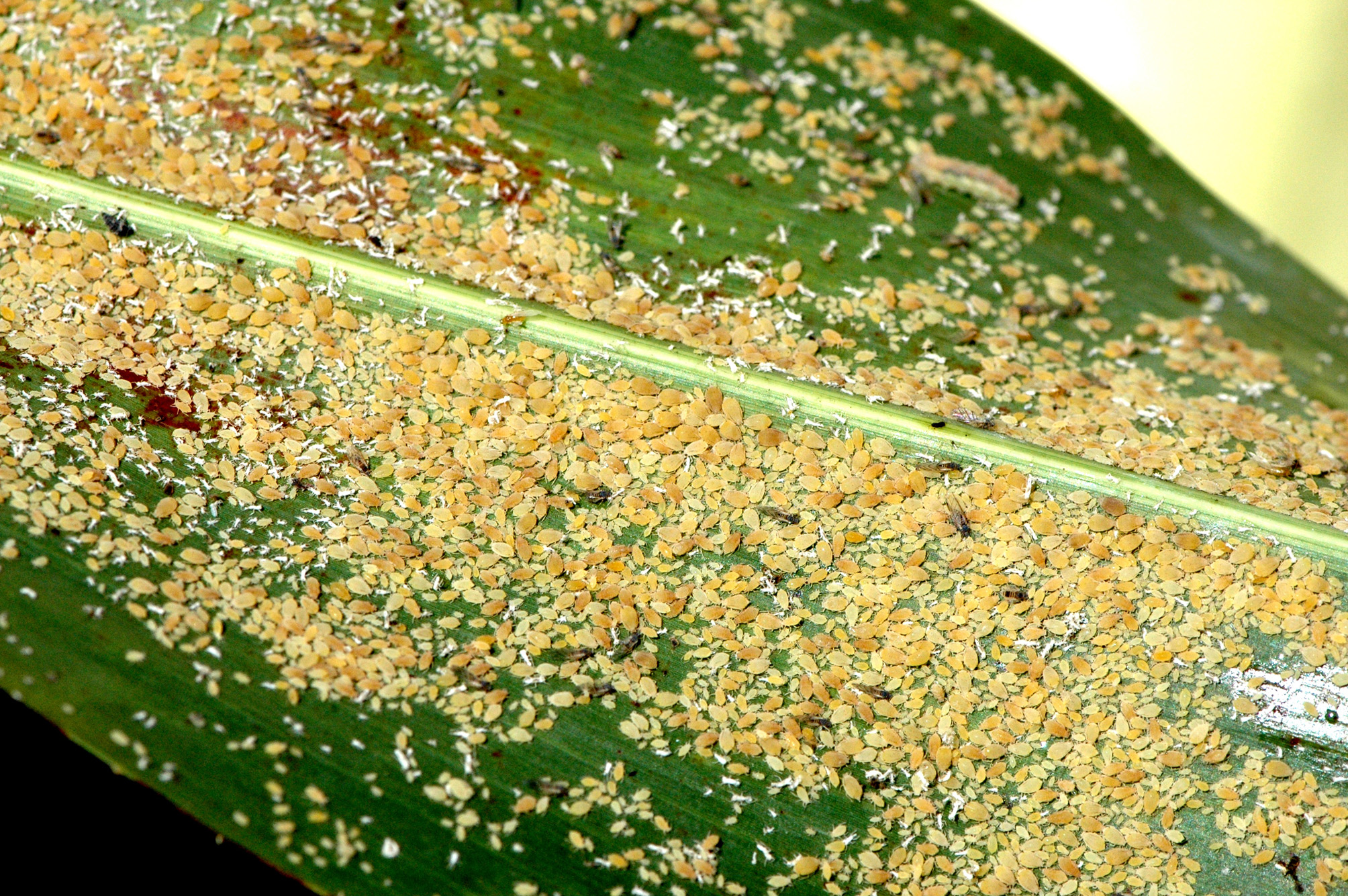 The later the infestation, he said, the more beneficial insects might be out, lessening the need for chemical control. Also, the aphid reproduction may slow with shorter days and cooler nights.

“Our best recommendation is to plant early,” Bynum said. “Use insecticide seed treatments on all sorghum, regardless of planting date. And then be ready to treat if needed.”

He said there are some commercial hybrids that have shown to be less susceptible to the sugarcane aphid than other hybrids, but this level of resistance may not prevent aphids from causing yield losses.

So producers need to monitor and treat just like susceptible hybrids. However, Bynum said if the resistant or tolerant hybrid is a good yielding hybrid and fits in the farming operations, then it could provide enough protection to prevent significant yield loss and reduce the number of insecticide applications compared to a susceptible hybrid.

“We have not been able to evaluate the tolerant or resistant hybrids being sold to know just what level of protection they provide,” he said. “So, contact your seed dealer to find out which of these hybrids they recommend for the highest yield potential.”

“Look for small colonies and patches of honeydew,” he said. “It’s a numbers game. If you have five aphids one day, by the time you can schedule a sprayer in a week, you have 250. Act quickly.”

Producers should check for reinfestation after four to seven days, Bynum said.

“If you only kill 90% with the first treatment, they will start building back up on you quickly,” he said. “We recommend you scout at least two times per week because of how fast they can build back up.”

“At black layer, you don’t want them moving into the head and causing honeydew and harvest problems,” Bynum said.

Currently Sivanto is the only effective labeled insecticide that is safe for beneficial insects, he said. The label for Transform, also effective, was cancelled by the Environmental Protection Agency. The Texas Department of Agriculture has submitted a request to get a Section 18 for its use in treating sugarcane aphid and provide producers with another option.