The occurrence of these events are a result of soil with poor structure, low organic matter (carbon), un-protected soil surface, possibly little or no earthworm activity, and tillage. 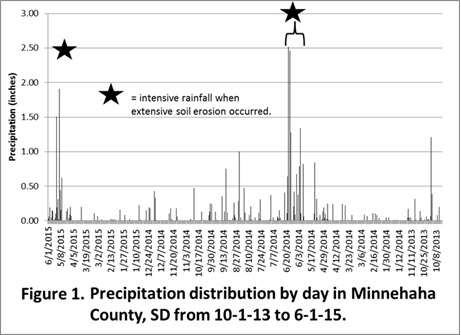 Aggregates are clumps of soil particle held together by stable humus and organic glues released from soil microbial populations and other organisms (insects and fungi) that convert soil organic matter to stable humus.

Soils with good aggregation and macro pore structure have higher water infiltration rates that greatly reduce and prevent run-off from the soil surface.

Soil surfaces that are protected with crop residues and organic matter promote greater water infiltration because the soil aggregates don’t break down from rain drop impact and seal the pores which would result in water runoff and less infiltration. 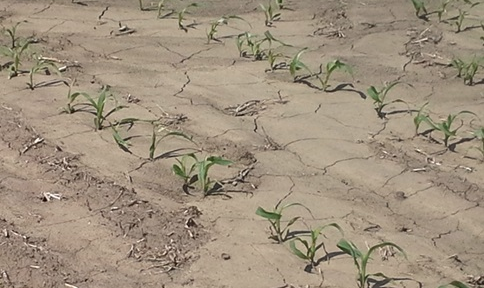 Figure 2: Surface sealing due to soil aggregation degradation from rainfall impact and tillage.

Figure 2 is an example of soil surface sealing and subsequent sheet erosion. Figure 3 shows rill erosion caused by excessive water coming to a drainage way and scouring out the soil to the depth of tillage prior to planting this spring.

These, as well as many other rills, lead their way down the slopes, which lead to gulley erosion further down the landscape.

No-till is the key to healthy soil management because it maintains and promotes soil macro pores and aggregation through increased carbon storage and supports soil macro- and microorganisms including earthworms, insects, fungi, and bacteria. 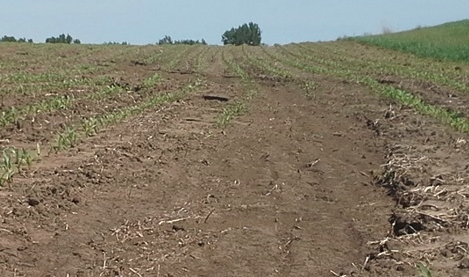