Owned farmland hits highest percentage ever in benchmark study at 47%. 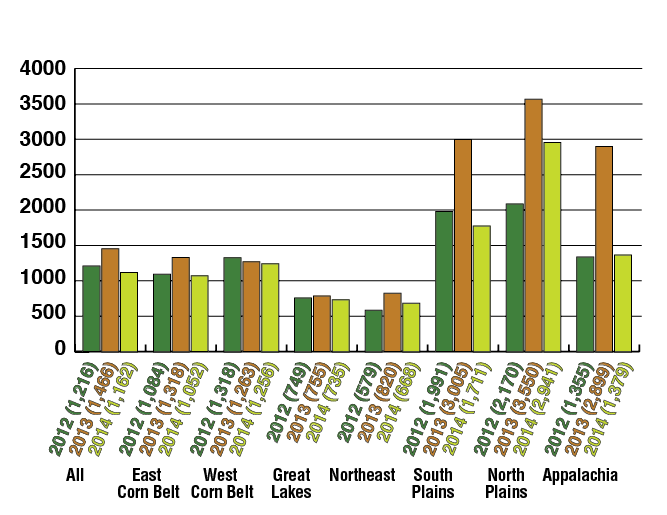 Just one year after hitting an all-time high, the average farm size of No-Till Farmer readers fell to a 7-year low in the No-Till Operational Benchmark Study conducted by No-Till Farmer editors.

The average farm size of the 436 farmers who completed our 70-question survey was 1,162 acres, which was well below the all-time-high mark of 1,466 acres per farm recorded last year. However, this year’s average acreage was more in line with the historical farm sizes in the first 5 years of the survey.

However, some regions held steady. With an average farm size of 1,256, the Western Corn Belt was just 7 acres smaller on average than last year. Meanwhile, the Great Lakes region saw a minimal decline in farm size from 755 to 735 acres.

The acreage owned by No-Till Farmer readers hit a record high for the third straight year.

Shift Toward Soybeans Continues in 2014