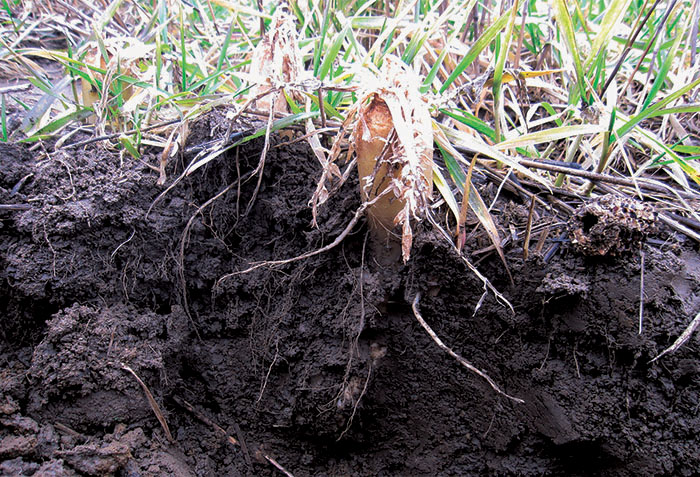 Build Up Your No-Till Soils and Earthworms Will Come

By Clair Urbain posted on December 8, 2014 | Posted in Soil Health

It’s kind of a “chicken or the egg” question: Which comes first, soil health or earthworms?

It’s probably not that simple. The answers typically include moving less soil, avoiding compaction, increasing microbial diversity and keeping living roots in the soil all year.

“If you want earthworms and quality soils in the Midwest, your management plan will work around conservation tillage, controlled traffic, cover crops and drainage,” Frank Gibbs, a soil scientist and owner of Wetland & Soil Consulting Services in Rawson, Ohio, told attendees at the National No-Tillage Conference.

Now retired after a 36-year career with the NRCS, Gibbs has worked mostly in the tight, clay soils in northwest Ohio, where he also happens to be a fifth-generation farmer.

“On our farm, when we used to work the ground, it would flood after a heavy rain. The swale would fill with water and everything would drown out and just lay there for days,” he says. “As soon as we went to no-till, that water didn’t pond there for days. It moved into the ground.”

Gibbs says that getting water to infiltrate soils takes more than intensive tiling. It’s building up the soil structure so the water can filter through it, and less tillage equals greater infiltration.

Premium content is for our Digital-only and Premium subscribers. A Print-only subscription doesn't qualify. Please purchase/upgrade a subscription with the Digital product to get access to all No-Till Farmer content and archives online. Learn more about the different versions and what is included.
KEYWORDS compaction earthworms microbial diversity Soil disturbance Soil health soil structure