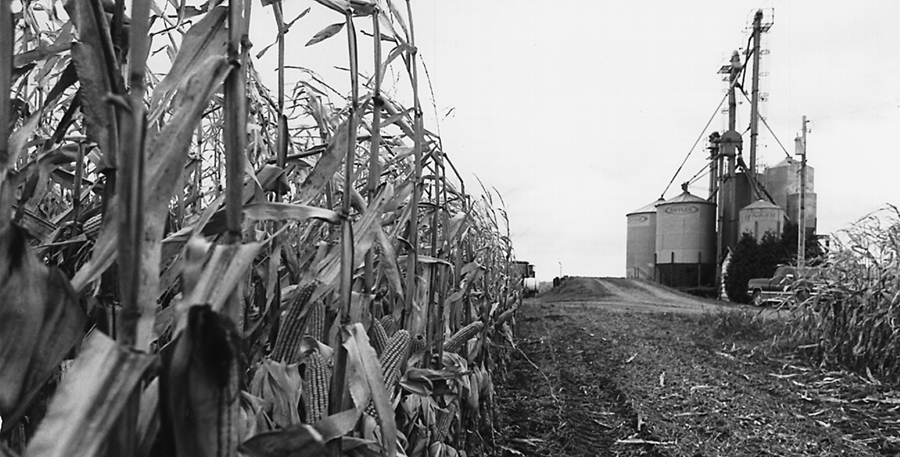 By Darrell Bruggink posted on September 1, 1998 | Posted in Seeding & Planting

Soybean yields improve with less competition, but watch out that your no-till corn yields don’t slip when planted into wheat stubble.

Corn yields have increased 15 percent to 20 percent for no-tiller Doug Smith when planted in six-row strips. But 15-foot-wide soybean strips planted next to the corn have seen yields decrease as much as 5 percent to 10 percent from conventional no-till soybean yields.

While Smith still realized an overall net financial advantage from strip farming, the Thamesville, Ontario, no-tiller wasn’t satisfied to see soybean yields decrease due to the shading at the edge of the soybean strips caused by neighboring corn stalks. Introducing winter wheat into the strip farming rotation stabilized soybean yields.

Smith told attendees at the sixth annual National No-Tillage Conference last January that less competition for sunlight and water helped soybean yields climb back to the level they were at before he started planting in strips.

“Once you get to June, the wheat is ripening and has no more requirements for sunlight or water,” Smith says. “The beans will not get shaded out because the wheat is not that tall to begin with, plus we will harvest wheat in a couple weeks and completely take away any shade.”

The no-tiller adds that once wheat is removed, there is less water drag on the field. The outside rows of beans can put their roots under the outside edge of the wheat strip once the wheat’s need for water has ended.

“We have a system that maximizes the use of water on the farm,” Smith explains. “If you have all corn next to soybeans, it’s sucking…

Premium content is for our Digital-only and Premium subscribers. A Print-only subscription doesn't qualify. Please purchase/upgrade a subscription with the Digital product to get access to all No-Till Farmer content and archives online. Learn more about the different versions and what is included.
KEYWORDS Corn corn borer fusarium Ontario planter rotations soybean Strip Farming wheat strips

If someone gave you $45,000, what kind of equipment add-ons, attachments or technologies would you add to your planter, drill or air seeder, and why?