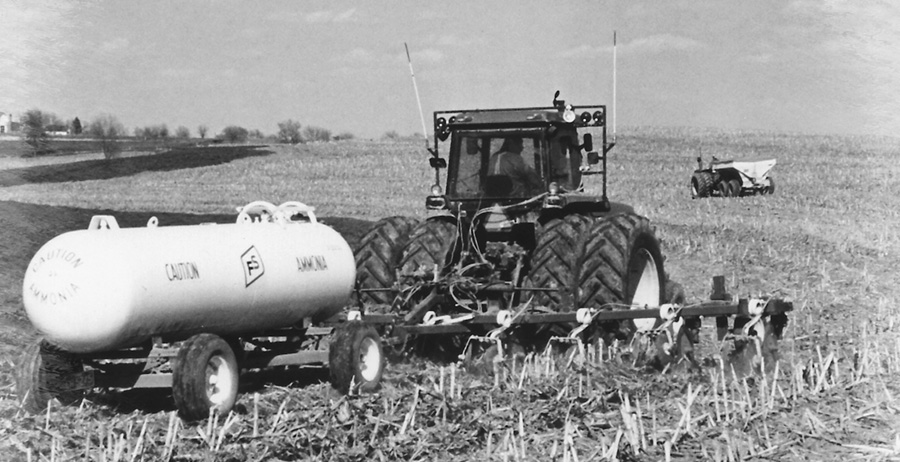 By Katherine Meitner posted on October 1, 2000 | Posted in Nutrient Management

When it comes to applying fertilizers, understanding how the equipment works can save you bushels of dollars.

If you don't know what’s going on in your anhydrous ammonia applicator’s manifold, you don’t know all you should.

That’s the word from Mark Hanna, an agricultural engineer at Iowa State University. He’s spent a great deal of time assessing the importance of manifold choice and setup and confirmed that it plays a large role in application success.

“It’s a two-phase system,” Hanna says. “The liquid and gas components used together make it difficult to go out and use it easily.”

One thing that may make this even more difficult is how temperature can have an effect on anhydrous ammonia.

“Let’s say it’s spring and you’re applying ammonia and there’s a 70-degree high for the day, dropping to a low of 50 degrees at night,” he says. “The tank starts out at 55 to 60 degrees, warming up to around 65 degrees. If you look at the range, you’re close to 100 pounds per square inch and the ammonia is right at the boiling point.

“Most of you rely on pressure to drive ammonia out of the system. As the pressure drops out of the supply tank, part of the liquid ammonia boils off into a gaseous phase. It needs heat to change from a liquid to a gas, resulting in the pressure and temperature dropping, moving it back from the boiling point and cooling it down to 40 degrees or 70 pounds per square inch.

“The cycle continues, so when you get out to that orifice…

Premium content is for our Digital-only and Premium subscribers. A Print-only subscription doesn't qualify. Please purchase/upgrade a subscription with the Digital product to get access to all No-Till Farmer content and archives online. Learn more about the different versions and what is included.
KEYWORDS anhydrous Mark Hanna safety