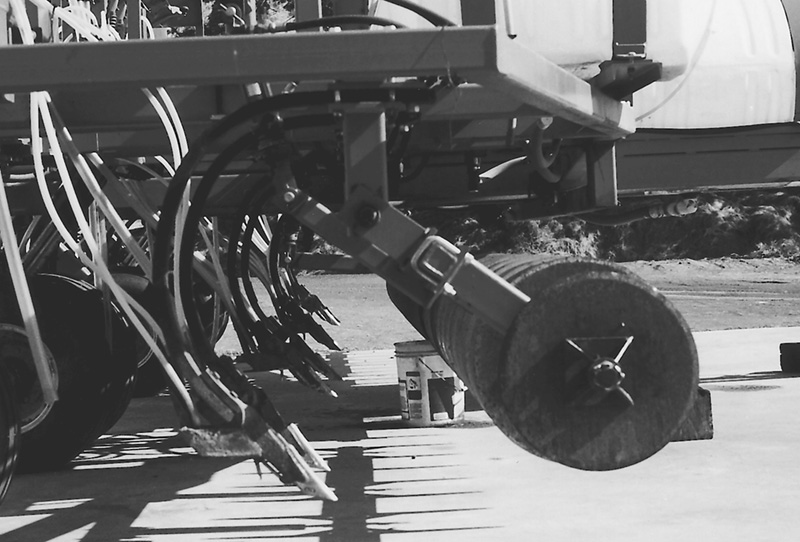 By Holly Gray posted on February 1, 2001 | Posted in Equipment

These Washington no-tillers built their own no-till drill to direct seed steep slopes.

To stop erosion on slopes as steep as 50 percent in the Skyrocket Hills near Prescott, Wash., Mike Thomas, Sr. and his son Mike, Jr., haven’t cultivated any ground since 1985.

“If we don’t till or disturb the soil, the erosion stops immediately,” says Mike Sr., who is in semi-retirement on the 1,700-acre Hillcrest Farms. 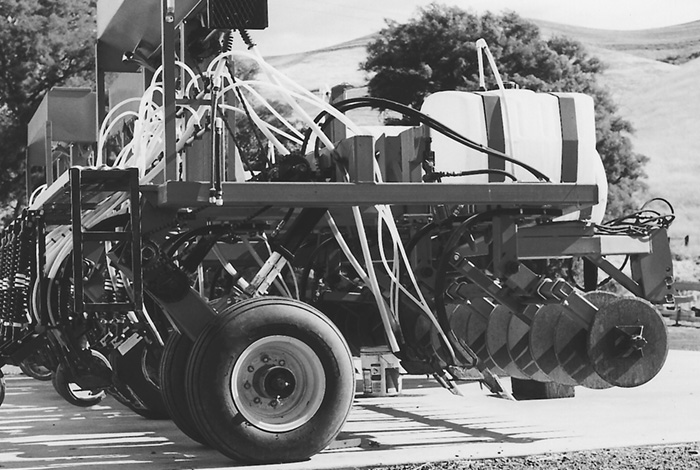 The route the Thomases took to save their land from erosion is no-tilling. When none of the no-till drills on the market worked on their steep hills, they decided to build their own.

They converted a Jeffrey chisel plow into a no-till drill by adding a ground drive, seed boxes, fertilizer tanks and points to deliver the seed and fertilizer.

They built one drill during the winter of 1983 and another no-till drill the next winter. Then they decided they were on the wrong track.

“We could see that the concept was good, but that particular design wouldn’t work because the center section of the chisel was so narrow it would try to tip on steep hillsides,” recalls Mike Sr.

The next year the Thomases had a farm machinery manufacturer build them a frame. That is what they are using now. The frame has an 11-foot center section and two 9-foot wings.

The Thomases built four no-till drills using the newer frames in the late 1980s. They sold two to neighboring direct seeders, rent one out to seed 2,000 to 2,500 acres a year and use the fourth on their own land…