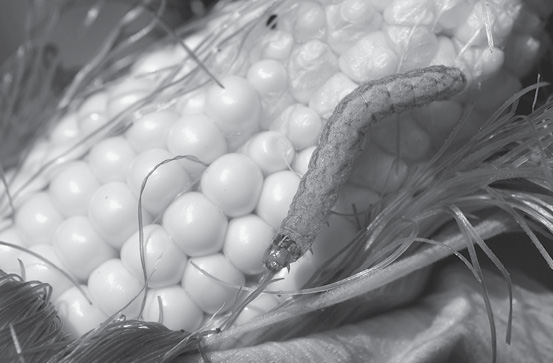 Western Bean Cutworm On The Rise

This pest continues to cause serious economic damage, is moving east in the Corn Belt and may be here to stay.

Whether it’s flooding, drought, wind or bugs, there are always plenty of obstacles standing between no-till corn producers and that elusive bumper crop. Recently, western bean cutworm has emerged as one of those obstacles for some Corn Belt producers.

“Because western bean cutworm feeds directly on the kernels or beans, it can cause serious damage,” notes Ron Seymour, a University of Nebraska Extension educator. “Depending on the infestation in corn, you can easily have 30 percent yield losses.”

Research has shown that fields averaging just one larva per plant at the dent stage can suffer yield reductions of 3.7 bushels per acre. And because western bean cutworm is not cannibalistic like corn earworm, ears may contain up to 10 larvae.

“If infestation levels are above 5 percent, you will likely see multiple larvae feeding on one ear,” Seymour says. “As the ear gets more crowded, the larvae will move from the ear tip and bore into the husk to feed on the rest of the ear. They are also very mobile, so if they get too crowded, they will move to another plant.”