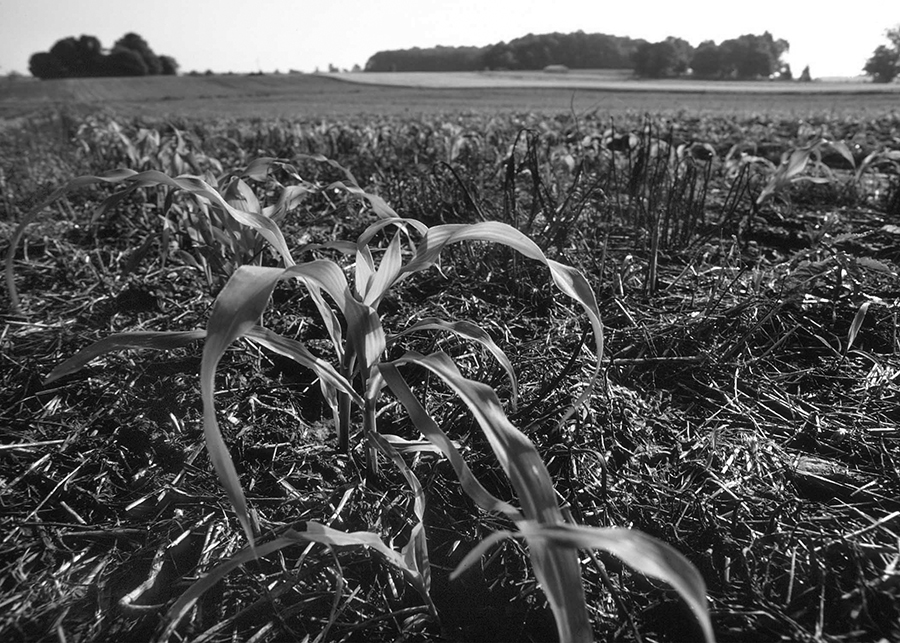 By Darrell Bruggink posted on May 1, 2008 | Posted in Seeding & Planting, Crop Protection

Ontario researcher says that corn’s negative reaction to weeds may have more to do with “seeing” them than competition for nutrients, moisture and sunlight.

Weeds compete with crops for light, moisture and nutrients. That’s one of the theories that you will hear from any class in college or a university system, Clarence Swanton admits.

But the weed scientist from the University of Guelph in Ontario says that there may be a little different twist to that long-held belief about how weeds affect the early development of crops — and ultimately yield potential. Corn may actually react negatively to “seeing” a weed nearby.

Swanton’s opinion on the critical timing of weed control is not unlike those of weed scientists and consultants in the ag industry. The fact is, he says, that early season weed control is very important.

“One of the messages I want you to take home today,” he told attendees at the 16th annual National No-Tillage Conference, “is that if you are going to err in the timing of your weed management, you want to err on being early. Don’t err on being late.

“The timing of weed emergence relative to the crop is really the key thing. That’s what dictates how competitive a weed is.”

Swanton adds that the density of weeds, and even the weed species, play a role in the competitiveness of that weed with the crop, but the biggest key remains when that weed emerges in relation to the crop.

“The longer that I can keep that weed from emerging and allow my crop to grow, the less competitive that weed is going to be. So…

Premium content is for our Digital-only and Premium subscribers. A Print-only subscription doesn't qualify. Please purchase/upgrade a subscription with the Digital product to get access to all No-Till Farmer content and archives online. Learn more about the different versions and what is included.
KEYWORDS Clarence Swanton competition control Corn early Guelph light moisture nutrient Ontario reflection sunlight weeds

Take Out Those Weeds Early

The Magic of Sunlight