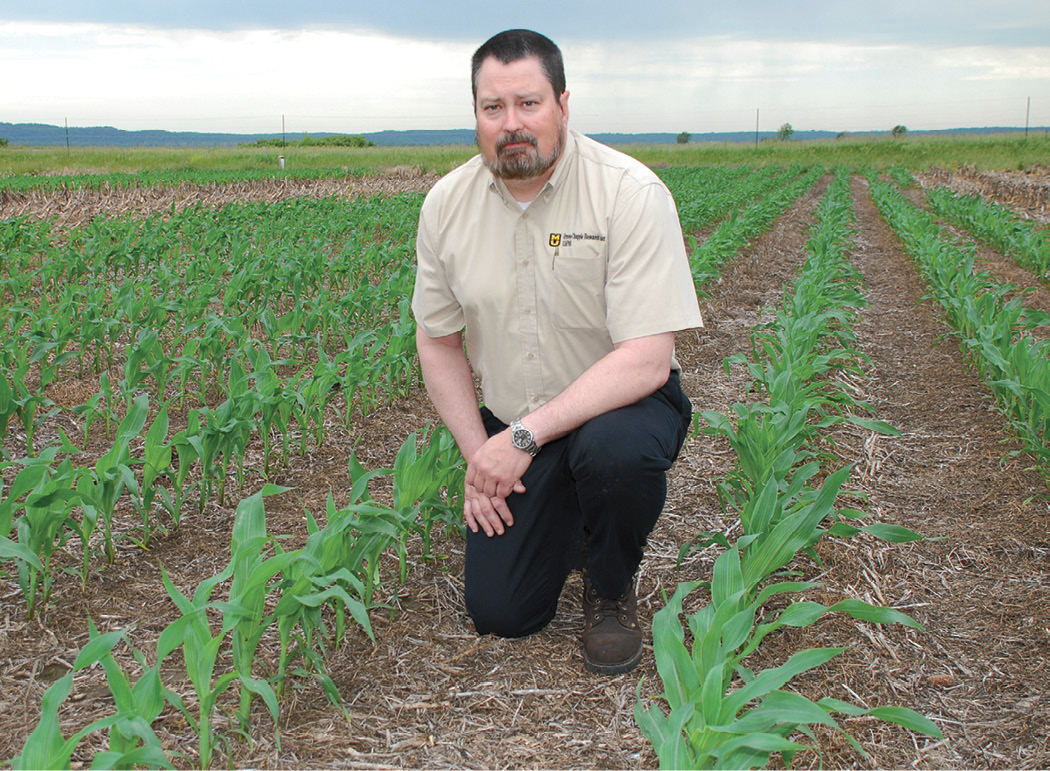 Since 1988, the Graves-Chapple Research Center has been helping no-tillers in northwestern Missouri fine-tune their corn-and soybean system management and farm their no-tilled acres more sustainably.

Finding answers for farmers is the mission of all university research farms, but the Graves-Chapple Research Center in northwest Missouri zeroes in on the questions from a solidly no-till perspective.

In fact, a growing interest in no-till — and a growing need — was the impetus for the University of Missouri to establish the Center near Rock Port in 1988.

At the time, no-till was practiced on less than 10% of the corn and soybean acres in surrounding Atchison and Holt counties.

“No-till is the reason for the farm’s existence,” says Graves-Chapple superintendent Jim Crawford. “Farmers in this area knew no-till worked in other places, but they wanted to know if it would work here.”

Originally called the Graves Farm, the Center was renamed in 2003 to honor Bob Chapple, a 43-year veteran of University of Missouri Extension and an early proponent of no-till in northwest Missouri.

Research at Graves-Chapple kicked off with a study comparing soil loss in disced and no-till systems in loess silt loam soils on a 12% slope. In continuously disced soybeans, soil losses amounted to a whopping 64.8 tons per acre annually, while losses with no-tilled soybeans in rotation with no-tilled corn averaged 6.5 tons per acre.

“Everybody knew our soil washed badly, but that experiment put some numbers to the problem and gained some notoriety for the Center,” Crawford says. “I think it helped set the stage for no-till acceptance here.”