Managing foxtail infestations in smooth bromegrass, especially in old or thin stands, is a frequent question from farmers and extension agents.

Experiments were conducted in 2020 to evaluate some options for pre-emergence control of foxtail species in smooth bromegrass hay meadows in Dickinson (DK) and Pottawatomie (PT) counties.

Table 1. Herbicides and application rates applied in early spring and after brome hay harvest in Pottawatomie and Dickinson Counties in Kansas. 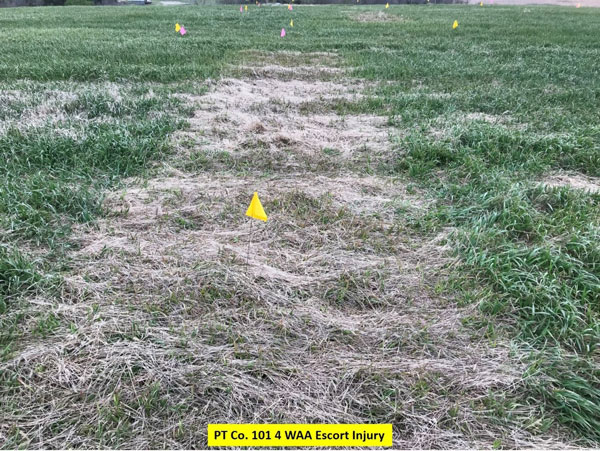 With the exception of early spring applied pendimethalin, herbicides did not adequately control foxtail in the short term and caused visible, but not always statistically significant, smooth brome injury.

Herbicides did not reduce the late-summer foxtail infestation, despite apparent suppression eight weeks after the early spring application.

This work will be repeated in 2021 with refinement of treatments. Split applications of Prowl H2O may hold some promise and will be added.

Because of the unacceptable brome injury from Escort XP, and the lack of significant foxtail control by either Escort XP or Dual II Magnum treatments, these two treatments will be dropped from this study.