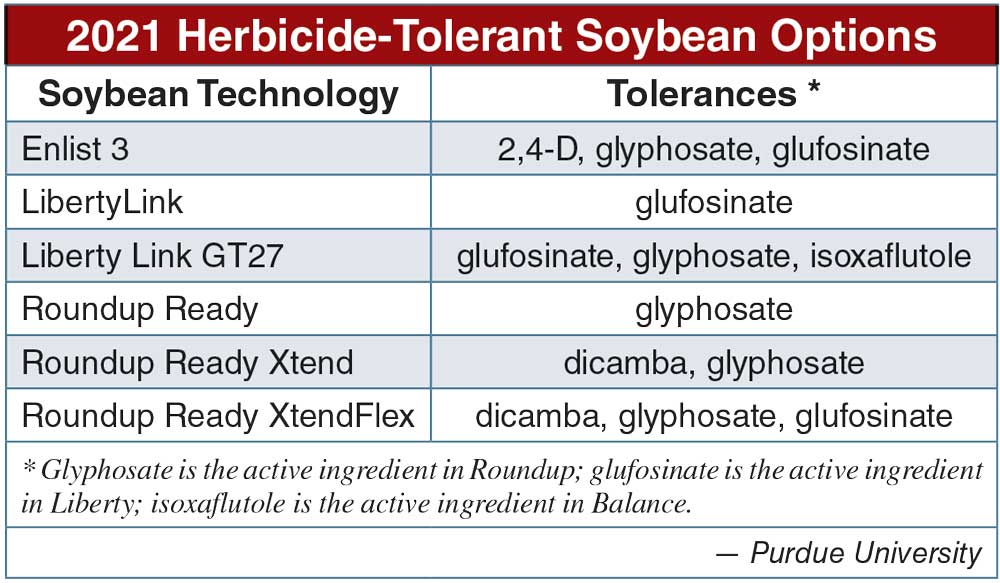 By Frank Lessiter posted on February 1, 2021 | Posted in Crop Protection

New application restrictions mean dicamba probably can’t be used for double-cropped soybeans, but there are other options in the weed control arsenal.

With a federally-mandated June 30 cutoff for dicamba use (June 20 in Illinois), most no-tillers who double-crop soybeans after wheat or barley won’t be using this herbicide as an over-the-top application.

However, Ohio State University weed scientist Mark Loux says that if the small grain is harvested in time for dicamba to be applied for burndown before June 30, that would work with Xtend soybeans. However, there could be two possible loopholes.

“I suppose one could apply the dicamba after wheat harvest when it’s fallow, and ‘forget’ you applied dicamba and plant double-crop Xtend soybeans,” he says. “But legally, the dicamba would be considered a preplant application to the Xtend soybeans and would not be legal if applied after June 30.”

“In this scenario, a farmer could use dicamba in the wheat burndown and then use glufosinate and glyphosate postemergence,” says the University of Kentucky weed scientist. “However, this scenario doesn’t always play out in Kentucky where a lot of double-crop soybean acres are planted in July.”

Depending on the region, Bryan Young says a no-tiller could use XtendFlex soybeans and spray…

Premium content is for our Digital-only and Premium subscribers. A Print-only subscription doesn't qualify. Please purchase/upgrade a subscription with the Digital product to get access to all No-Till Farmer content and archives online. Learn more about the different versions and what is included.
KEYWORDS Aaron Hager Bryan Young dicamba double-cropped soybeans Mark Loux Travis Legleiter

Double Cropping Options After Wheat, and Tips for Weed Control

Dicamba Options for Burndown Prior to Planting Soybeans