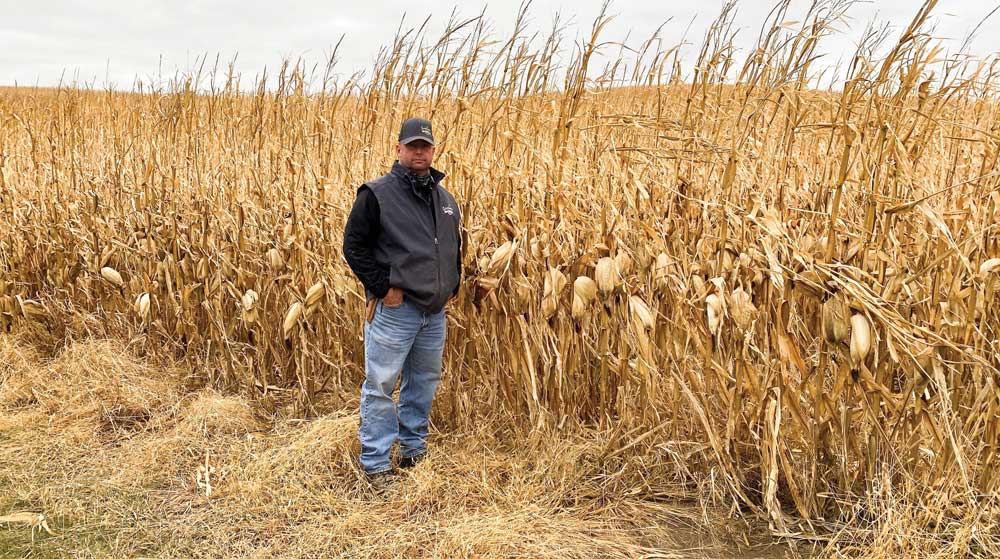 Cashing in on Carbon for Diversified No-Till Profitability

Seizing opportunities when they arise, Arion, Iowa, no-tiller Kelly Garrett is building soil carbon in unexpected ways — and banking the profits for his efforts.

After many years of farming, it can be a pleasant surprise to develop a new profit center for the farm — let alone more than one.

But that’s exactly what’s happened for Kelly Garrett who has added a few carbon-oriented revenue streams to his business portfolio. He not only raises crops, but also distributes a carbon-rich plant nutrient that is a byproduct of soybean processing, uses a yield-enhancing soil “probiotic” technology that accelerates both yield and carbon sequestration and sells carbon credits from his current practices to big business on the carbon marketplace.

Garrett, along with his wife Amber and their sons Connor, Colin and Cael — and in partnership with his parents, Gene and Cathy — farms 6,200 acres of mostly corn and soybeans, along with some winter wheat, in Arion, Iowa. In addition, Garrett Land & Cattle, located in the western part of the state just about an hour northeast of Omaha, Neb., includes a 500 head cow/calf operation.

Arion receives an equal amount of rain and snow every year (about 33 inches apiece), and while most of Garrett’s land is not irrigated, he did install Netafim drip irrigation on 400 acres in the fall of 2015. Garrett’s use of irrigation is strategic…

Premium content is for our Digital-only and Premium subscribers. A Print-only subscription doesn't qualify. Please purchase/upgrade a subscription with the Digital product to get access to all No-Till Farmer content and archives online. Learn more about the different versions and what is included.
KEYWORDS CarbonNow Feed Energy Garrett Land & Cattle Kelly Garrett Locus Agricultural Solutions NCGA corn yield winner Noti