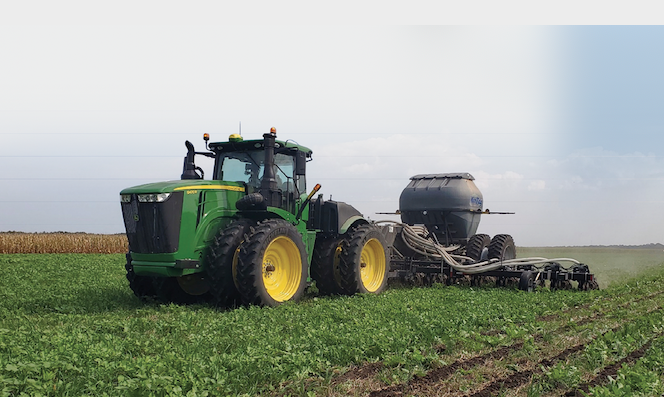 The 7th annual National Strip-Tillage Conference (NSTC), held August 6-8, may have looked a little different than previous years’ events. But the idea-sharing and diversity of topics discussed during general sessions, classroom presentations and live roundtables embodied the annual experience attendees have come to expect. Here are 4 highlights from this year’s event.

Wayne Fredericks, a strip-tiller from Osage, Iowa, has worked with Jerry Hatfield, retired USDA plant physiologist, since the early 1980s, to collect data on his 750-acre farm’s soil health. Soil testing has revealed an 8% increase in organic matter in 25 years.

Fredericks credits changing to strip-till and using cover crops to the increase in soil organic matter. According to NRCS, each 1% of organic matter for enhanced water availability is worth $18 per acre.

Charles City, Va., farmer David Hula has a reputation for being one of the top-yielding corn producers in the world. He credits his 2018 transition to strip-till with enhancing the conservation tillage benefits he was already seeing after decades of no-till. Through a series of trials in 2019, Hula saw even emergence among his early corn plants, which has contributed to visual evidence of increased yield potential.

Highlights from the 2021 National Strip-Tillage Conference

Profiting with One Pass Strip-Tilling