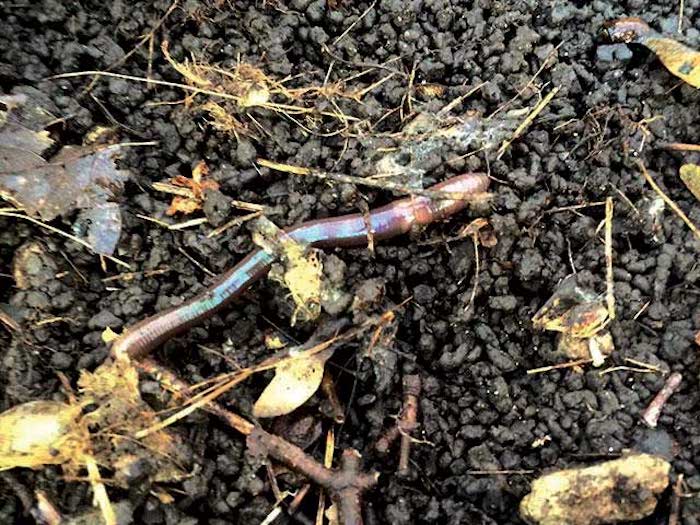 Getting a Jump on Jumping Worms

To be forewarned is to be forearmed, so the saying goes. Get the scoop on Asian jumping worms now in order to prevent an invasion in the future.

Pictured Above: CHANGING THE SOIL. Jumping worms change the soil structure, according to Tricia Bethke. In an analysis of infested soils, she found that the percentage of small soil aggregates (less than 0.5 mm) decreased and large aggregates (2-4 mm) increased. The long-term impact is not known

Earthworms have earned the affection of no-tillers because they turn crop residues into plant nutrients and deftly mine channels in the soil to clear the way for air, water and root systems.

But some ecologists are sounding the alarm about so-called jumping worms — also known as ‘crazy’ worms, Alabama jumpers and snake worms. Jumping worms are an invasive family of worms that have the potential to alter the chemical and physical properties of soil.

The name “jumping worms” may be a bit misleading. They don’t jump per se, but they do thrash violently when disturbed. “The thrashing back and forth, I think, is probably a defense mechanism that keeps birds from eating it,” says Tricia Bethke, forest pest outreach coordinator with The Morton Arboretum in Lisle, Ill. “They thrash a lot at first, but if you hold them in your hand for a while, they become very docile.”

Native to southeast Asia, jumping worms were most likely introduced in the U.S. through contaminated nursery stock, according to Bethke, and they’ve been here for decades. At least 16 species exist in North America, mostly in the genus Amynthas, but the most common ones are Amynthas agrestis, A. tokioensis and Metaphire hilgendorfi…