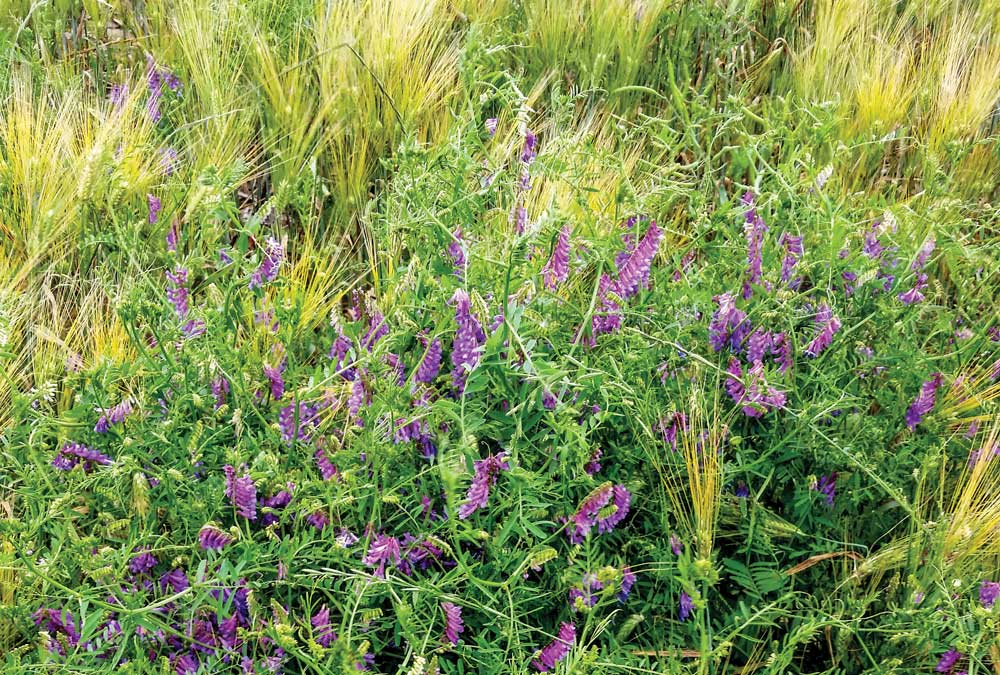 Pictured Above: VETCH IS BEST. Nathan Brause says if he can get a good, healthy cover crop mix going that includes a lot of hairy vetch, as shown here, he knows the following crop will be the best corn he grows that year

FOR NATHAN BRAUSE of Sulphur Springs, Ohio, witnessing the soil degradation on his farm over the past 4 decades put him on a mission to keep more of it in place.

“Years ago, my grandpa used to set the plow 8 inches deep. And he told me when he first started farming he would set it to 14 inches and it was all topsoil,” says Brause. “More recently, we were plowing one day and we had to shallow the bottoms up on it because there was only 6 inches of topsoil.

“The topsoil that we have left in this region has deteriorated. The clay knobs are bigger and there’s less topsoil,” he explains.

In his quest to save his farm’s soil, Brause has implemented no-till and is seeding cover crops and says he’s thrilled at the difference he’s seeing.

Grandpa Had it Right

While Brause adopted no-till on his 1,600 acres only about 6 years ago, the portion that his grandpa used to farm was no-till decades before.

BELLS AND WHISTLES. Though he uses an older-model John Deere 1770 planter, Nathan Brause has all the latest add-ons for precise seed depth and fertilizer placement while planting green.

“Grandpa had been on the right track…

Premium content is for our Digital-only and Premium subscribers. A Print-only subscription doesn't qualify. Please purchase/upgrade a subscription with the Digital product to get access to all No-Till Farmer content and archives online. Learn more about the different versions and what is included.
KEYWORDS Hagie high boy John Deere no-till planter Nathan Brause planting green