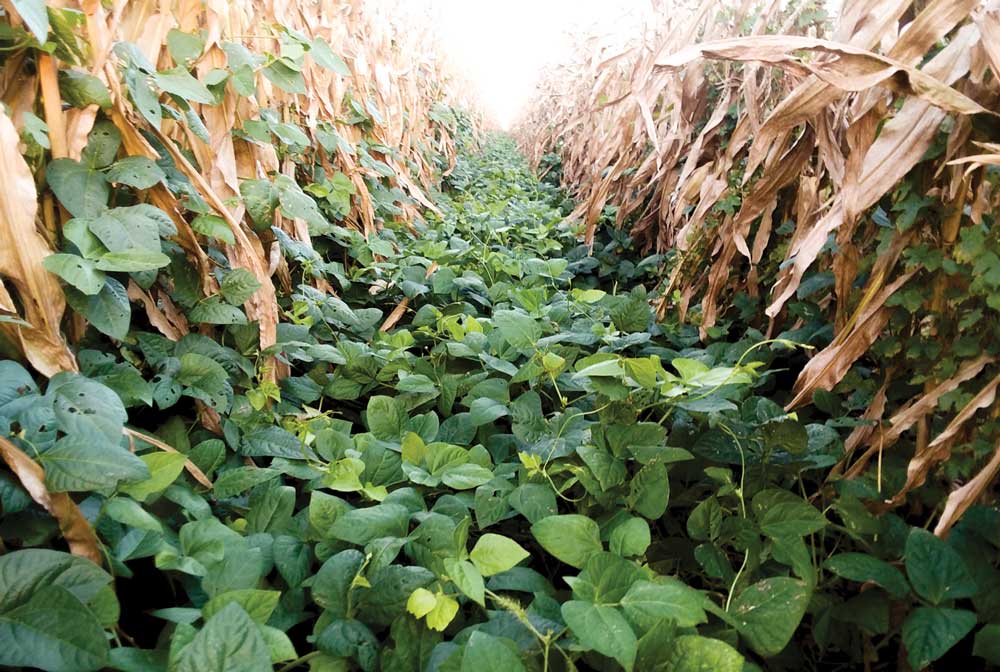 Pictured Above: HERBIVORES IGNORED THE CORN. Mike Bredeson’s research found 516 insect species living in corn fields. Rather than eating the corn plants though, Bredeson found that the herbivores were more interested in eating the cover crops

WHEN IT COMES to interseeding cover crops, growers should think about designing their agricultural ecosystems — including insects, microorganisms, bacteria and fungi — to make them function to the best of their ability, according to Mike Bredeson, a Grove City, Minn.-based entomologist with the Ecdysis Foundation. Speaking at the National No-Tillage Conference earlier this year in St. Louis, Mo., Bredeson shared insights on interseeding cover crops to increase beneficial insect populations.

Bredeson says that Mother Nature is the greatest architect, creating diversity and structure and that the immense level of diversity equates to a highly functional system.

“For example, prairies really hold onto their soils through that diversity,” Bredeson says. “They infiltrate and purify water. They harbor incredible amounts and diversities of biological organisms, microbes. The diversity held within a prairie results in this abundant, stable and diverse community of invertebrates — of insects.”

There are a couple of factors that Bredeson says play into a vibrant insect community. The primary top-down factor involves predator insects consuming herbivorous insects and keeping the pest population in check. Predators limit pests by directly consuming them. By simply being present, having predators in your system can reduce the feeding and reproductive efficiency of a pest population.

There are also bottom-up, plant…

Premium content is for our Digital-only and Premium subscribers. A Print-only subscription doesn't qualify. Please purchase/upgrade a subscription with the Digital product to get access to all No-Till Farmer content and archives online. Learn more about the different versions and what is included.
KEYWORDS Beneficial insect populations Building an ecosystem crop diversity interseeding cover crops mike bredeson