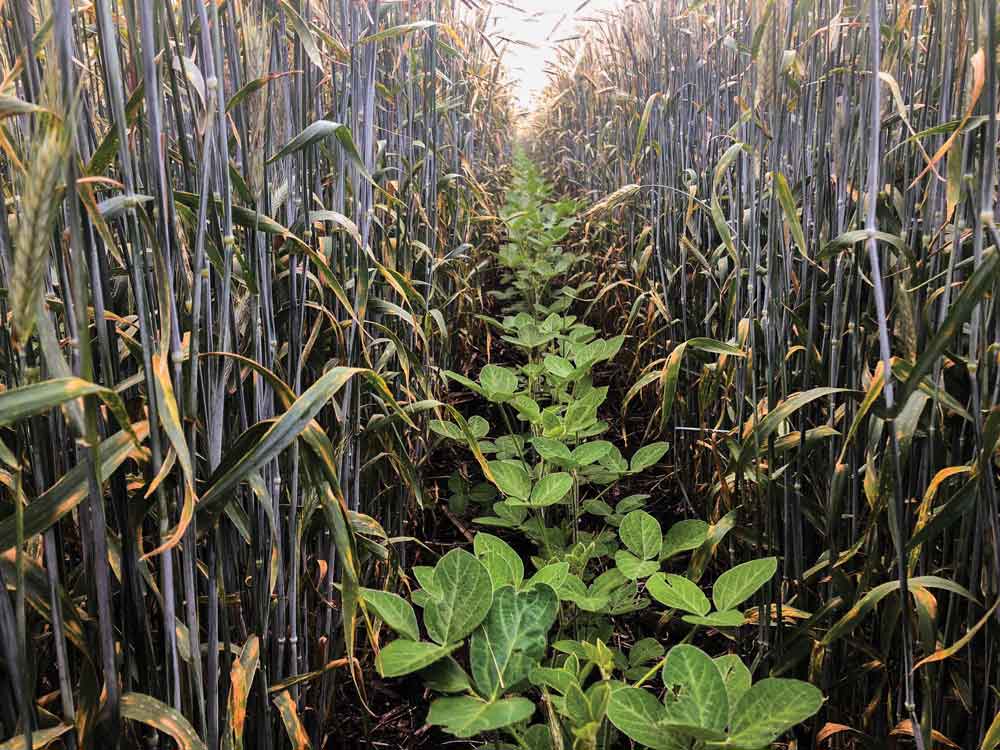 Precise Management is Key to High Yields with Hybrid Rye

Pictured Above: RYE AND SOYBEAN INTERCROP. As an experiment, Randy Tholen of Balaton, Minn., relay cropped soybeans into standing hybrid rye in May, 2019. The cool, wet summer inhibited growth somewhat, but the rye still yielded 90 bushels per acre

MANY CORN AND soybean farmers have found themselves looking for a viable third crop to incorporate in their rotations, seeking diversity in markets, soil health benefits, and the opportunity to spread work the load over a longer period of time.

One crop that is getting some attention as a potential third crop is hybrid rye, a higher-yielding relative of open pollinated (OP) cereal rye, which is typically used as a cover crop after full-season crops. Hybrid rye has been raised extensively in Europe and is commonly used for both human food and animal feed, as well as in distilleries and for ethanol production. It is bred by KWS in Germany and there are currently several hybrids available to grow as grain, forage or both. 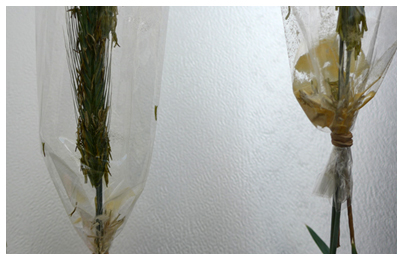 LOTS OF POLLEN. To show how much more pollen hybrid rye releases, researchers at KWS placed a plastic bag around a head of open…

Premium content is for our Digital-only and Premium subscribers. A Print-only subscription doesn't qualify. Please purchase/upgrade a subscription with the Digital product to get access to all No-Till Farmer content and archives online. Learn more about the different versions and what is included.
KEYWORDS Claus Nymand hybrid rye kws seed Loran Steinlage Randy Thoren