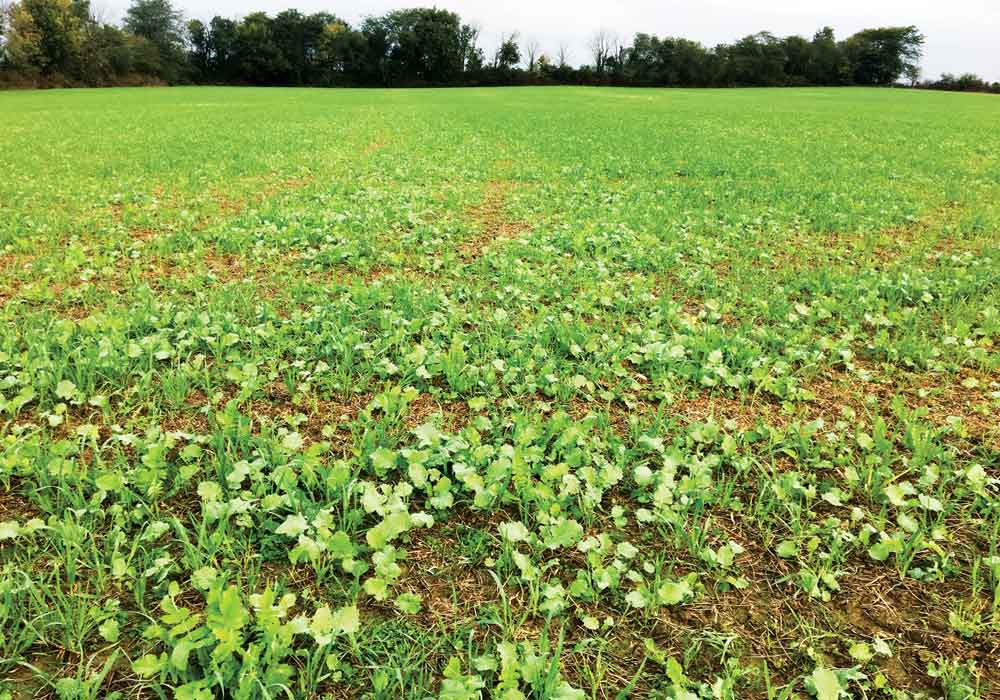 ONE DAY IN December 2010, Nathan Brown was driving by his neighbor’s farm in southeastern Ohio. Brown saw that his neighbor was out drilling a crop in the field — an unusual sight for that time of year. Brown says he thought to himself, ‘What is old Ed doing now?’ As the months passed, Brown found out Ed was drilling cereal rye and he watched as it grew, reaching 6 feet by May.

Brown had heard a little about cover crops being used to improve water quality issues but hadn’t used them himself. He didn’t grow up on a farm, but indulged his passion for agriculture by working on a nearby farm through high school and college. He paid attention to how other neighbors were farming and learned from them.

Getting Started with No-Till.

“We did a lot of tillage on the farm I worked for,” Brown comments. “Starting on April 1, we’d chisel plow the ground. The neighbors across the fence no-tilled everything. It would drive me crazy to see them planting and here I was, still chisel plowing.”

In 2002, Brown started his own operation in Hillsboro, Ohio, with 25 acres of soybeans and half an acre of tobacco but he kept his other farm job until he could afford to buy and rent more land. Two…

Premium content is for our Digital-only and Premium subscribers. A Print-only subscription doesn't qualify. Please purchase/upgrade a subscription with the Digital product to get access to all No-Till Farmer content and archives online. Learn more about the different versions and what is included.
KEYWORDS Ed Winkle multi-species cover crop mix Nathan Brown