The ‘How and Why’ of No-Tilling Green

No-tiller Josh Payne shares his tips and tweaks for planting green into cash crops to get more mileage from his cover crop investment.

Pictured Above: EARLY SEASON MOISTURE. What a difference a cover crop can make. On the left is Josh Payne in his field on the day of planting, and he says his ground was dry and in good shape. On the right is his neighbor’s tilled field on the same day, visibly soaked with standing water

PLANTING GREEN — defined as planting into a living cover crop that is terminated either immediately before or sometime after planting — is becoming increasingly popular as a tool for letting cover crops benefit soils as long as possible.

Because there is a learning curve involved with the practice, some growers who haven’t tried it are a little leery over the fear of lost time and money or even crop failure.

Josh Payne, who no-tills 800 acres of corn, soybeans and wheat with his grandpa near Concordia, Mo., recently shared several lessons he learned in the 6 years he’s been implementing the practice on his own farm.

Speaking at the 2020 National No-Tillage Conference earlier this year, Payne explained that one of the most important reasons for planting green is dealing with early-season moisture, which is a common problem in Payne’s area.

To make his point, Payne refers to the two pictures above. The first one shows him on the day he was in his field planting into waist-high standing cereal rye. The ground, he says, “was solid and dry — very good conditions.” 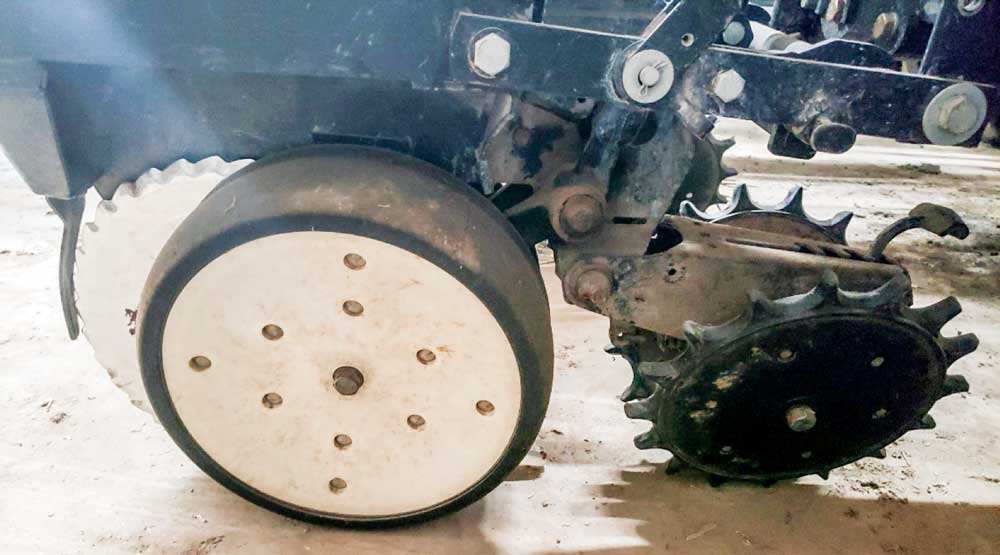 Premium content is for our Digital-only and Premium subscribers. A Print-only subscription doesn't qualify. Please purchase/upgrade a subscription with the Digital product to get access to all No-Till Farmer content and archives online. Learn more about the different versions and what is included.
KEYWORDS josh payne planting corn into cereal rye planting green planting soybeans into cereal rye

Why Continuous No-Till Is Not Thinking Outside Of The Box