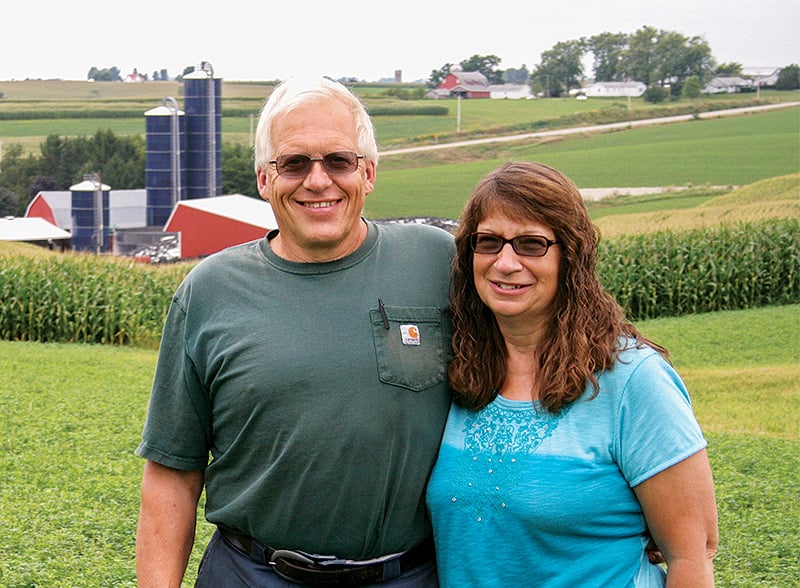 Achieving Profits and Sustainability with a Properly Cycling System

In this no-tiller’s book, conservation practices must work for your soils and your bank account.

In all seriousness, soil is what it’s all about. We want to keep our soil covered, stuck in place and teeming with life. That is certainly a challenge here, where most of our ground slopes from 6-14% and is classified Highly Erodible Land (HEL). The soils are productive if they can be kept in place. When I took over the farm in 1971 after my father’s sudden passing, it had a Farm Service Agency yield rating of 94-bushel corn. Today we routinely harvest 180-190 bushels per acre.

My father had a strong mind for conservation. The fields had long been contoured and planted to alternating strips of row crops and hay with grass waterways. It was a good start, but with conventional tillage it just didn’t protect the soil enough. With HEL soils, erosion is a problem best approached from multiple angles. For me, the first tactic was to switch to no-till. It made a huge difference. Eventually adding cover crops took us to the next level.

In my early years I made the switch from…