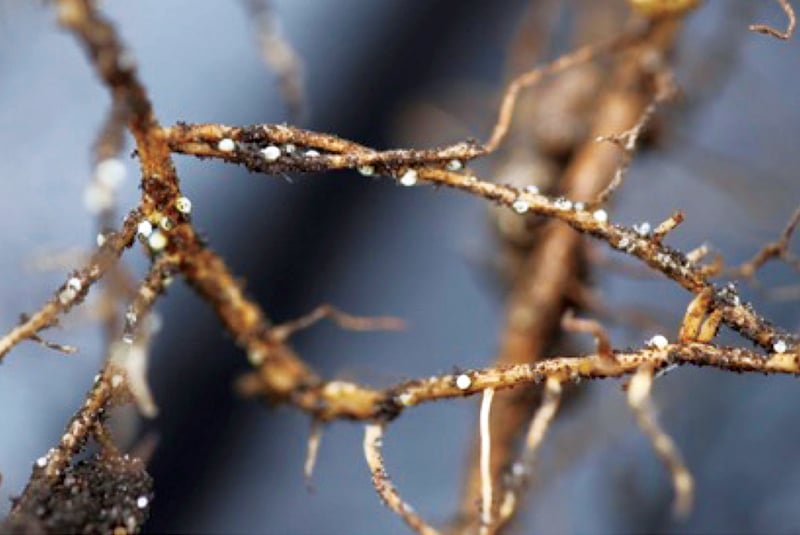 Managing Around Plant Disease Hotspots for 2020

By Dan Crummett posted on February 20, 2020 | Posted in Crop Protection

Soybean cyst nematode (SCN) and sudden death syndrome (SDS) are expected to plague U.S. no-till soybean producers again this year, especially if the local planting season is accompanied by cooler and wetter than average conditions. Also, in specific areas, target spot disease is expected to be a problem.

Corn growers, too, face yield-robbing plant diseases from a gallery of usual suspects, but this year plant pathologists say a newly-established threat will need their attention – tar spot.

All four yield-robbers had the attention of Southern Illinois University’s plant pathologist Jason Bond, and Syngenta’s Phil Krieg at the 2020 National No-Tillage Conference in St. Louis. There, they outlined the threats of each disease complex in potential lost bushels and dollars, and offered suggestions on how to bin more kernels and beans with better management of the persistent pests.

Like most other serious plant diseases, 2020’s headliners won’t be controlled by any “magic bullet,” the scientists say, but growers can gain ground against them with proven genetics, early recognition of problems, the use of longer-lasting fungicides and seed treatments, and the wise use of crop rotation and cover crops.

SCN leads the way in suppressing soybean yields across the U.S. as most farm fields…