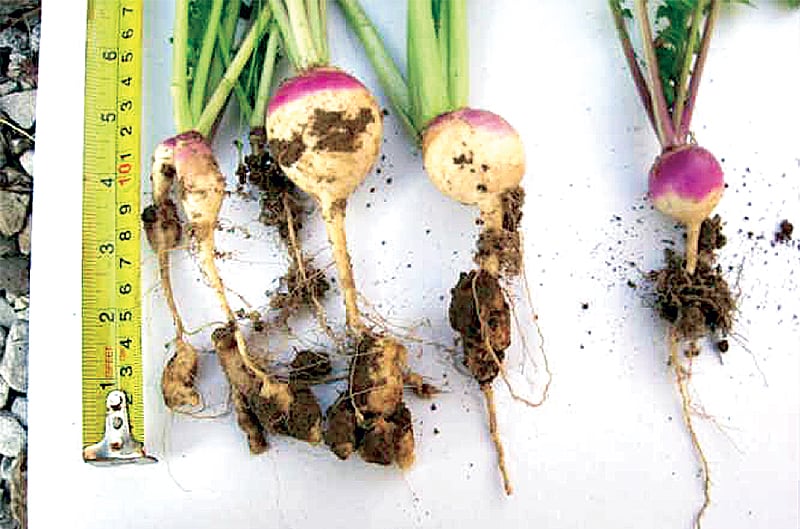 Some covers planted back to back, year after year, can cause problems for no-tillers with root and soil diseases if selection and timing isn’t carefully managed, says Dave Robison.

(Editor’s note: This article appeared in a 2019 issue of Direct Driller and originally in AgFuse.)

Growers probably know crop rotation is a good thing as it helps prevent pests and disease, improves soil health and reduces fertilizer inputs — all of which can boost crop yields and the bottom line.

Adding cover crops to the mix can diversify rotations even more. But should growers rotate cover crops just like they do with cash crops, or be using the same cover-crop species back to back, year after year?

Dave Robison, an agronomist for Legacy Seeds, says there’s value in rotating covers, especially if they’re using brassicas and peas. Robison warns that growers who continually use brassicas in cover-crop mix need to consider doing some level of rotation.

The reason is that growing brassicas back to back — mainly turnips, but also radishes — can result in clubroot — a disease that attacks a brassica’s roots.

While this can result in an unhealthy cover crop, for farmers who grow brassicas…

Premium content is for our Digital-only and Premium subscribers. A Print-only subscription doesn't qualify. Please purchase/upgrade a subscription with the Digital product to get access to all No-Till Farmer content and archives online. Learn more about the different versions and what is included.
KEYWORDS clubroot cover crop disease cover crop rotation cover crops and diseases Dave Robison Ergot Legacy seeds Rotating cover crops should I rotate my cover crops?

Deploy Cover Crops to Drop Your Herbicide Use