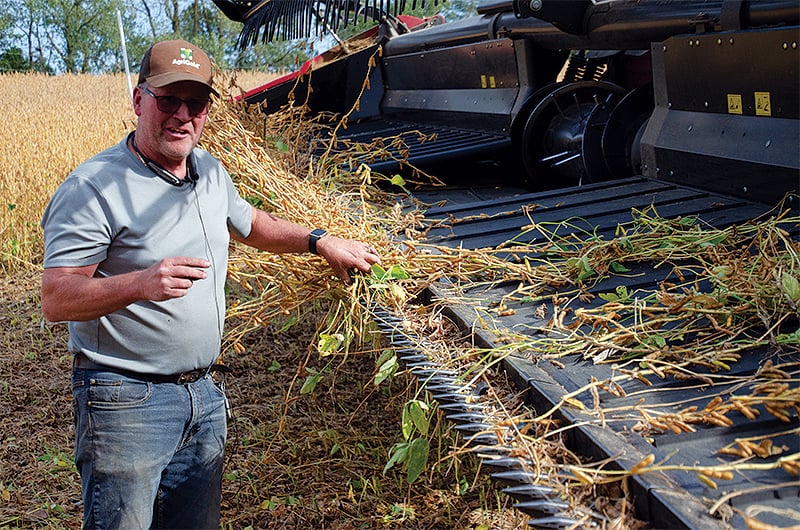 Being in the right place at the right time — with the right mindset and cover crop mix — transformed a soggy spring situation into a new enterprise for Indiana no-tiller Don Thurston.

Don Thurston grew up on a farm, but by the time he took up the practice as a young man, his father, Herb, who had farmed from the 1930s until 1978, had already retired and sold his equipment.

Though Herb hadn’t been a no-tiller, he had always kept an eye out for opportunities to improve or streamline operations. In the 1960s, he actually bought one of the first chisel plows in the area. For the time, this was a relatively progressive move.

“It’s hard to imagine now, but at the time, people weren’t sure if the chisel plow would work,” says Thurston. “The conventional wisdom of the day was to moldboard plow and bury all the residue and weed seeds.”

Thurston’s father was especially interested in the practices of local farmer, John T. Alexander, who was purported to be the first to ridge-till east of the Mississippi.

Over the years, Thurston picked up more land, both owned and rented. In fact, some of the ground he farms today used to belong to Alexander and as such, has had very little tillage since about 1968.

But Thurston started small, with about 400 acres, and took a lot of advice from his dad. He didn’t have a lot of capital back in the early 1980s, so at his father’s suggestion, he…