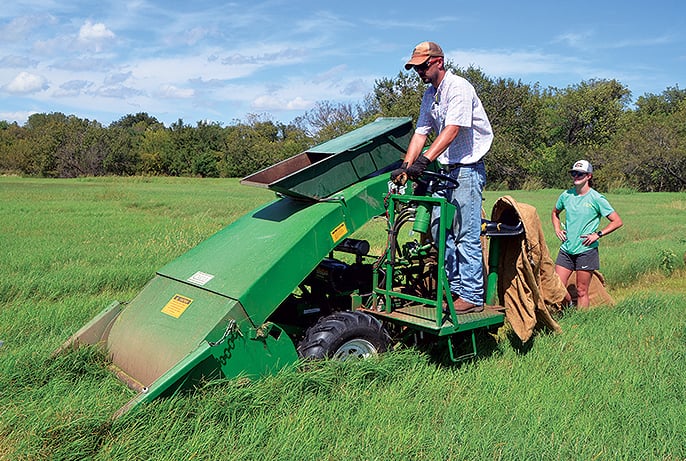 First-year results from a new Oklahoma study on the use of liquid calcium on bermudagrass pasture yielded no statistical differences in pH levels when compared with traditional liming agents.

Several years ago, No-Till Farmer posted on its web site a university article titled “Beware of Alternative Ag Lime Product Claims” and received a number of reader comments complaining the science behind the article was wrong.

The article, by University of Kentucky soil scientist Josh McGrath, took to task claims by vendors of so-called “liquid lime” that their products, in this case calcium chloride (CaCL2), offered a cost-effective way to rapidly raise soil pH levels.

“Many people mistakenly believe it is the calcium or magnesium that works to neutralize acidity in soils, but that is not true,” he said. “It’s the oxide, hydroxide, carbonate or silicate attached to the metal that removes the positive hydrogen atoms (by forming water molecules) and that raises the soil pH.

“The calcium chloride molecule has no oxygen component, which is necessary to offset higher levels of negatively charged electrons in low pH soils, and therefore has no ‘liming ability’ by which to alter pH levels,” he explained.

Elemental calcium (Ca++) from calcium chloride does carry two positive charges and can be found in the soil once the chloride is removed, leaving some to believe the elemental calcium is an active factor in neutralizing soils.

Soil scientists point out, for example, in the…

Premium content is for our Digital-only and Premium subscribers. A Print-only subscription doesn't qualify. Please purchase/upgrade a subscription with the Digital product to get access to all No-Till Farmer content and archives online. Learn more about the different versions and what is included.
KEYWORDS alternative ag lime liquid calcium neutral ph on cropland