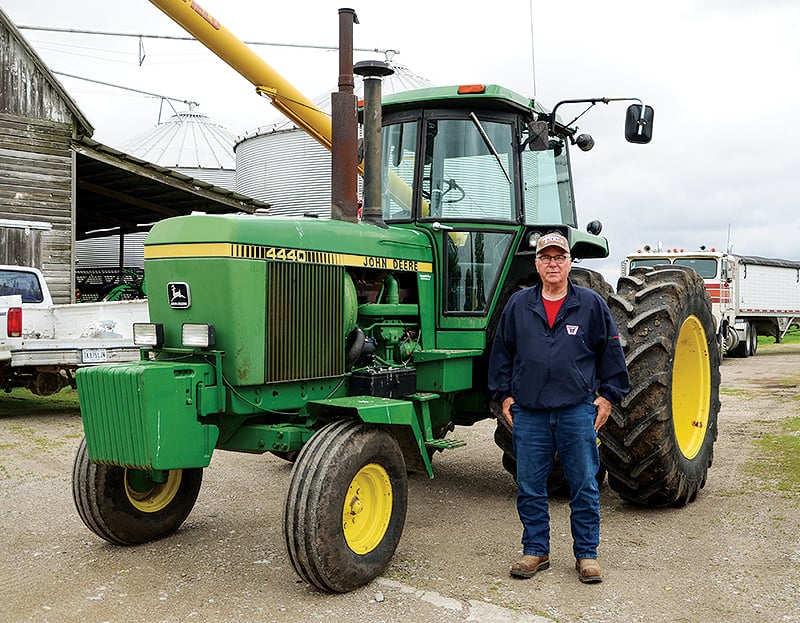 Just 15 minutes from one of the largest wind farms in the country, wind whips across the flat expanses surrounding Otterbein, Ind. Like most kids in the area, third-generation farmer Mike Conner learned conventional farming practices from his dad, including moldboard plowing, discing and cultivating the ground each year. Erosion from tillage and weather went largely undiscussed.

After college and a 5-year stint as a teacher and basketball coach, Conner came back to  the farm. “I had become pretty conservation minded and was bothered by all the soil erosion I was seeing, so I started learning about no-till. But Dad wasn’t interested in adopting new practices, so I put it on the back burner,” he says.

In 1993, Connor’s father died unexpectedly. In addition, the full-time hired man they had employed for many years ended up leaving the farm that year, having gotten a job at Purdue. So even though Conner had been looking forward to the opportunity to implement no-till on his farm, the sudden death of his father and departure of the hired help left him unsure how to proceed.

“At the time, I was farming about 1,500 acres and I had never worked by myself before. I discovered there were all kinds of jobs on the farm that two guys could do real easy. But for one guy, it was killer,” he says. “That first fall, I would hardly want to get up in the morning because there’d always be some job like that.”

Premium content is for our Digital-only and Premium subscribers. A Print-only subscription doesn't qualify. Please purchase/upgrade a subscription with the Digital product to get access to all No-Till Farmer content and archives online. Learn more about the different versions and what is included.
KEYWORDS benton county farmland farming solo wind erosion

Efficient Fertility, Cover Crops Set The Table For A Life Of No-Till