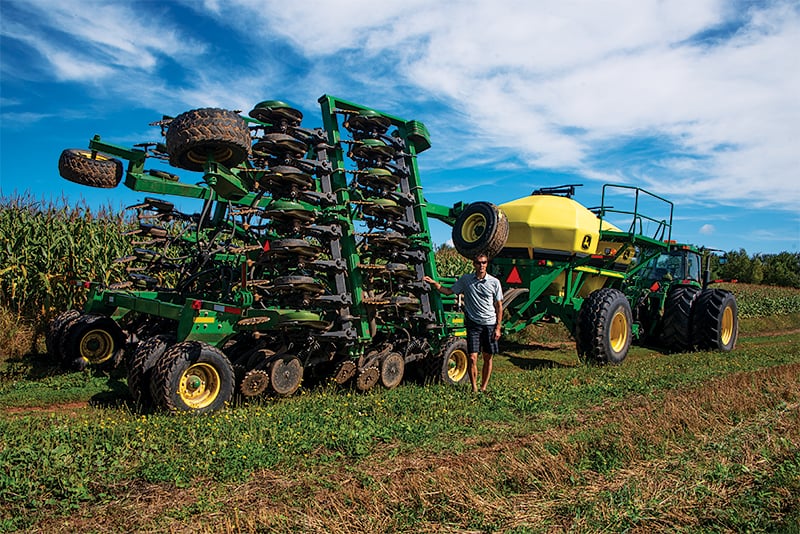 Operating one of the oldest family farms in North America, no-till, strip-till and cover crops help this Canadian family stay competitive with a diversified 1,800-acre operation that includes 70 dairy cows, 20,000 egg-producing laying hens and production of 850,000 broilers each year.

When your family has been farming some of the same ground for more than 255 years, there have been many changes. Yet some of the most meaningful and innovative changes have taken place over the past 25 years as Brian Newcombe and his brother Craig moved to no-till and strip-till at Cornwallis Farms in Port Williams, Nova Scotia.

Representing the ninth generation, the brothers live in an area that receives  60 inches of yearly precipitation near the Bay of Fundy, which is located off the western shore of Nova Scotia. This Atlantic Ocean area has the highest-changing tides in the world, as the bay’s water level rises and drops 56 feet every 12 hours.

Last winter, this area of Nova Scotia had a lot of heavy rains, which led to erosion not only in nearby conventionally-tilled fields, but also in some of the farm’s no-tilled fields.

“It makes you realize that no-till by itself isn’t always enough to prevent erosion,” says Brian Newcombe. “Our no-till and strip-tilled fields seeded to cover crops had much less erosion.”

Located near a village of 1,000 residents, the farm is highly diversified. Craig handles the 850,000 broilers they turn out each year, manages the 20,000 laying-hen operation and operates the feed mill that produces the farm’s dairy and poultry feed needs. This includes operating an extruder for processing their soybean crop for on-farm dairy and poultry feed. 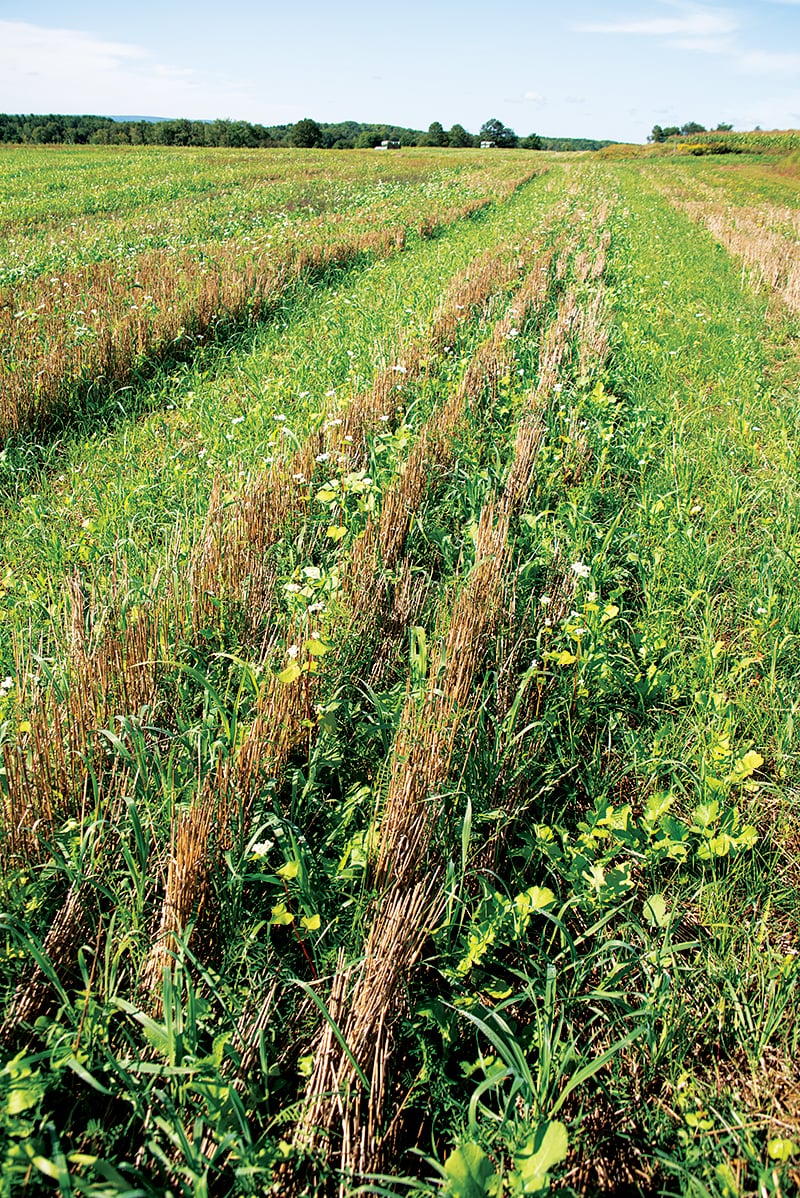 ONE MONTH’S GROWTH. The cover crop mix is well established 4 weeks after seeding…

Premium content is for our Digital-only and Premium subscribers. A Print-only subscription doesn't qualify. Please purchase/upgrade a subscription with the Digital product to get access to all No-Till Farmer content and archives online. Learn more about the different versions and what is included.
KEYWORDS Brian Newcombe multi-mix cover crops National no-tillage conference Soil health

No Matter The Tillage Method, Compaction Is Costly