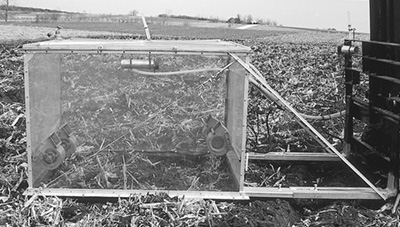 Soil scientist Don Reicosky says the more soil you disturb in tillage, the more CO2 is released. In addition, he says tillage is detrimental to fungi-to-bacteria ratios that are vital to carbon and nitrogen storage.

The following article is based on Don Reicosky's presentation at the 2019 National No-Tillage Conference. To watch other presentations from the event, click here.

Retired USDA-Agricultural Research Service (ARS) soil scientist Don Reicosky of Minnesota admits he’s prejudiced against conventional farming and the moldboard plow because of their effects on soil organic matter (SOM), but he says research supports his bias, noting a quote from a colleague that says: “Soil is lost not because we farm, it’s lost because of how we farm.”

“That wisdom from David Montgomery is borne out by work we did in Minnesota that suggests carbon dioxide emissions related to tillage are proportional to the volume of soil disturbed,” Reicosky told his audience at the 2019 National No-Tillage Conference in Indianapolis.

The career agronomist says a cloud of CO2 rises behind any tillage tool and explains that the invisible gas is indicative of organic matter loss in the soil, a loss that negatively affects soil fertility, water infiltration, soil biology and overall soil structure.

“Long-term studies from the late 19th century to about 2000 in Illinois and Missouri show, regardless of cropping systems, land on research plots farmed continuously over more than a century have shown steady declines in SOM,” he says.

Reicosky says he thinks tillage is the prime suspect in the carbon loss shown in the Illinois and Missouri studies, along with similar findings at other land-grant universities, because significantly less carbon is lost in the systems with…

Premium content is for our Digital-only and Premium subscribers. A Print-only subscription doesn't qualify. Please purchase/upgrade a subscription with the Digital product to get access to all No-Till Farmer content and archives online. Learn more about the different versions and what is included.
KEYWORDS carbon loss due to tillage fungi-to-bacteria ratio soil erosion tillage erosion