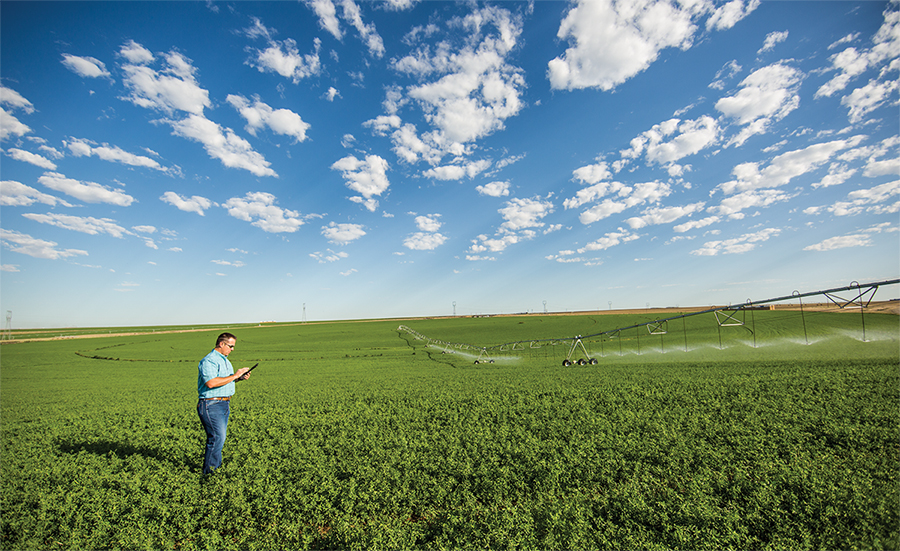 With shrinking water supplies, no-till, strip-till and technology tools can conserve the precious resource and even boost crop yields.

Of all the elements involved in producing a healthy crop, water may be the most often taken for granted. Unlike fertilizer or seed, which are costly necessities, precipitation is free of charge.

But precipitation is also unpredictable. Today, it’s become an increasingly valuable commodity in many parts of the country, where once-robust aquifers and groundwater supplies are dwindling due to decades of overuse.

“Farmers know they need water to grow crops, but what a lot of them don’t know is they don’t need all of the water they’re using to grow the same amount of crops or better,” says Cole Fredrick, product manager with Valley Irrigation. “Studies are showing that less water applied in certain areas can actually increase production and profitability.”

Efficient irrigation practices — including adoption of precision technology — combined with no-till and strip-till systems are putting many farmers ahead of the curve when it comes to reducing water use, increasing yields and improving overall profitability.

Water conservation wasn’t something that Alliance, Neb., farmer Mark Watson thought much about when he converted 1,200 acres of irrigated crops to no-till nearly 20 years ago.

“We’d go out and kick the dirt with the heel of our boot and if it looked dry, we’d turn the pivot on,” he says. “That’s pretty much how we managed our irrigation system and nobody paid much attention to water usage back then.”

But today, Watson manages water application down to the last drop on nine center pivots due to…