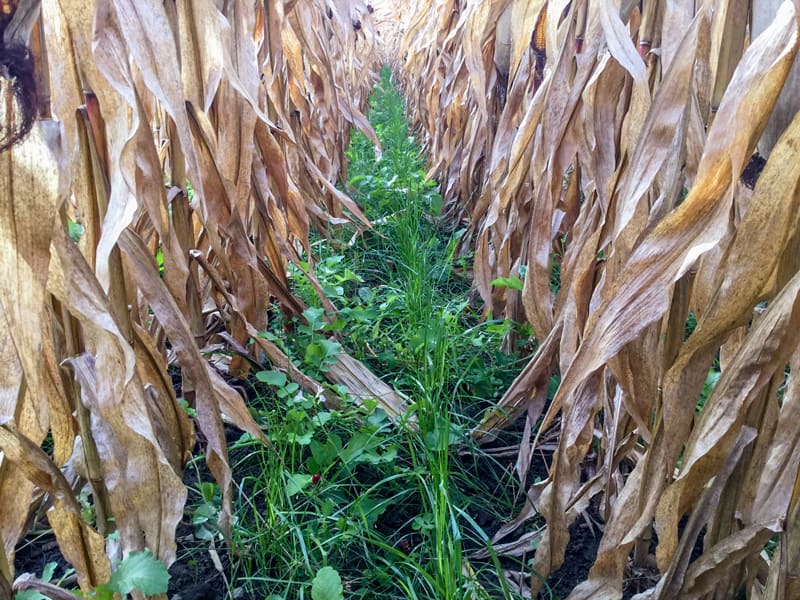 The following article is based on Jim Hershey's presentation at the 2019 National No-Tillage Conference. To watch other presentations from the event, click here.

Lancaster County, located about 90 minutes west of Philadelphia, is the largest livestock-producing county in Pennsylvania. It’s also the county with the most impaired streams, making it a major contributor of pollution to the Chesapeake Bay.

This has put farmers in the county, including Elizabethtown no-tiller Jim Hershey, under the gun for reducing nitrogen (N) inputs to limit nutrient runoff. Which is a challenge, given the amount of rainfall they receive. In 2018, Hershey’s 650-acre farm received around 75 inches of rain. A normal year is around 42 inches.

“I don’t care how good a job you do, how good a job I do — we’re going to have some runoff,” he told the audience at the 2019 National No-Tillage Conference in Indianapolis. “But I think we can limit the amount of topsoil and the amount of nutrients that are leaving our farm by including practices that keep our soils covered year-round.”

For Hershey, this means getting cover crops seeded earlier with interseeding, and letting them grow longer by planting green.

Hershey first looked into interseeding around 8 years ago when the only units available were those that blew seed down through the corn at tassel time in August. He first hired someone to seed covers with a highboy seeder, but had poor results, likely because of the limited moisture they had during…

Premium content is for our Digital-only and Premium subscribers. A Print-only subscription doesn't qualify. Please purchase/upgrade a subscription with the Digital product to get access to all No-Till Farmer content and archives online. Learn more about the different versions and what is included.
KEYWORDS interseeding planting green