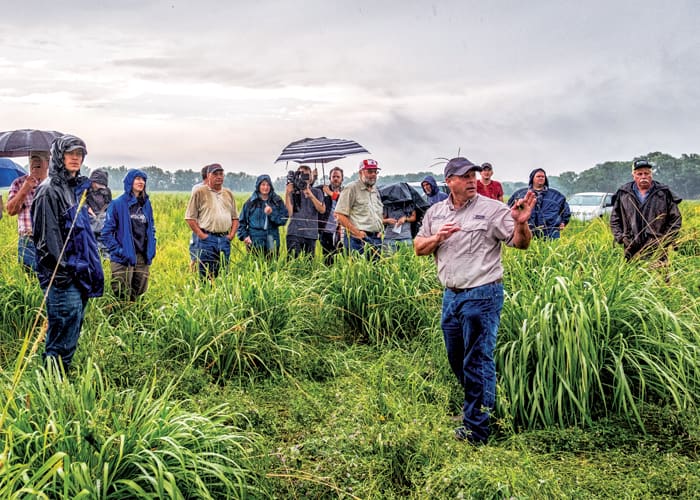 Experience and Observation Sells Power of No-Till and Cover Crops

“Lazy man's farming,” is what my Dad called no-till. It was the 1980s, and in his mind both no-till and organic farming were dirty words. They were the two extreme ends of the farming spectrum.

We were somewhere in the middle, farming conventionally just like everyone else in southeastern Kansas. In Dad’s book the middle was the perfect place to be.

Like so many others, myself included, Dad was convinced no-till couldn’t work in our area. He was wrong, as it turns out, but he had no issues realizing that and making the switch when the time came.

My brother and I had an interesting role in moving the family farm to no-till. At Kansas State University I chuckled at my professors teaching no-till, figuring it was great in theory but that it would never work in the real world. I graduated with a degree in agronomy and started teaching at a junior college. The wage had me just scraping by, so in 1992 I got a summer job as a crop scout for a consulting firm.

Premium content is for our Digital-only and Premium subscribers. A Print-only subscription doesn't qualify. Please purchase/upgrade a subscription with the Digital product to get access to all No-Till Farmer content and archives online. Learn more about the different versions and what is included.
KEYWORDS green cover seed regenerative agriculture

Efficient Fertility, Cover Crops Set The Table For A Life Of No-Till