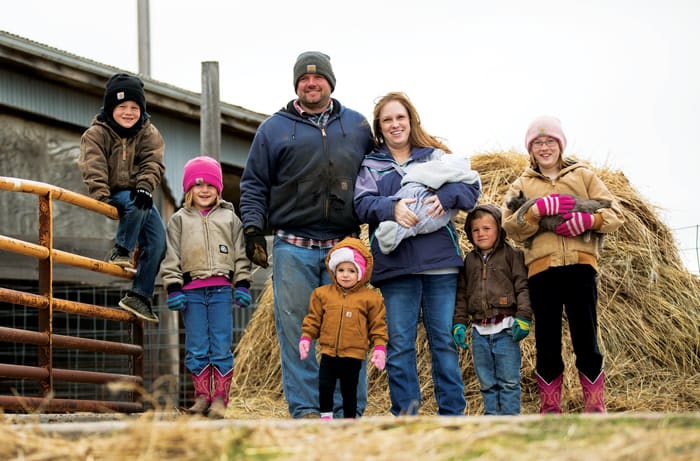 Grower and livestock producer Jordan Reimnitz has seen the benefits of going completely no-till on his family farm.

“Since everything starts at the soil level, building a resilient soil is a big goal of mine,” Jordan says. “Whether through wet or dry or cold or hot conditions, I want a soil that can protect me in those situations and be resilient without costing me a crop.”

Jordan jointly farms with his brother,Seth, and their father, Sam, no-tilling corn, soybeans, wheat, hay and alfalfa and raising cattle.

Jordan’s father started no-tilling in the mid 1990s on land that had previously been tilled. Jordan came back to the family farm in 2004 and worked for his father for a few years before buying his own land, which he no-tilled in part to avoid the extra expense of tillage equipment and extra labor. “Most of the land that I’ve acquired has only been no-tilled since I got it, so I’ve had to start at ground zero with improving the ground,” he says.

But as Reimnitz got into it he looked at the soil in his fields and thought they needed something else. At first, he couldn’t pinpoint what it was.

Premium content is for our Digital-only and Premium subscribers. A Print-only subscription doesn't qualify. Please purchase/upgrade a subscription with the Digital product to get access to all No-Till Farmer content and archives online. Learn more about the different versions and what is included.
KEYWORDS cereal rye Cover crops grazing livestock interseeding John Deere