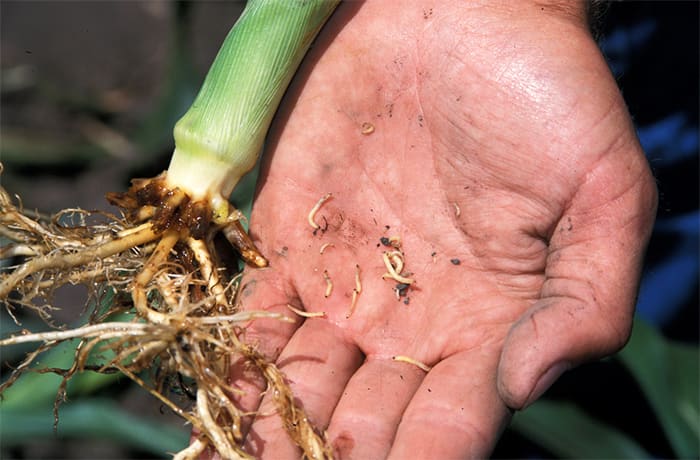 Tips for Keeping Corn Rootworms from Eating Your Yields

By Dan Crummett posted on December 17, 2018 | Posted in Crop Protection

Corn rootworm management continues to become more complex, particularly in light of the announcement in late October, 2018, that the pest has shown resistance to the Herculex trait in northeastern Iowa.

Herculex RW was released in 2006 by Dow AgroSciences LLC (now part of Corteva Agriscience, the agricultural division of DowDuPont), revealing a unique binary expression of then new toxins derived from the natural soil bacterium Bacillus thuringiensis (Bt) Cry34Ab1 and Cry35Ab1.

For 12 years, the technology proved itself in hybrids with pyramided traits — usually a combination of the Cry3 traits and Herculex – with corn rootworm beetle larvae facing four different Bt traits.

“Resistance in a given area could mean one or more of the available traits is compromised, resulting in ‘pyramided’ hybrids that only have one effective toxin,” says Nick Seiter, field crop entomologist for the University of Illinois.

Purdue entomologist Christian Krupke says, while last fall’s discovery of rootworm resistance in the western Corn Belt was ultimately to be expected somewhere in corn-growing areas, growers need to assess their own farm’s geography and their own management practices as to the possibility of similar resistance developing in their fields.

“The rootworm has adapted time and time…