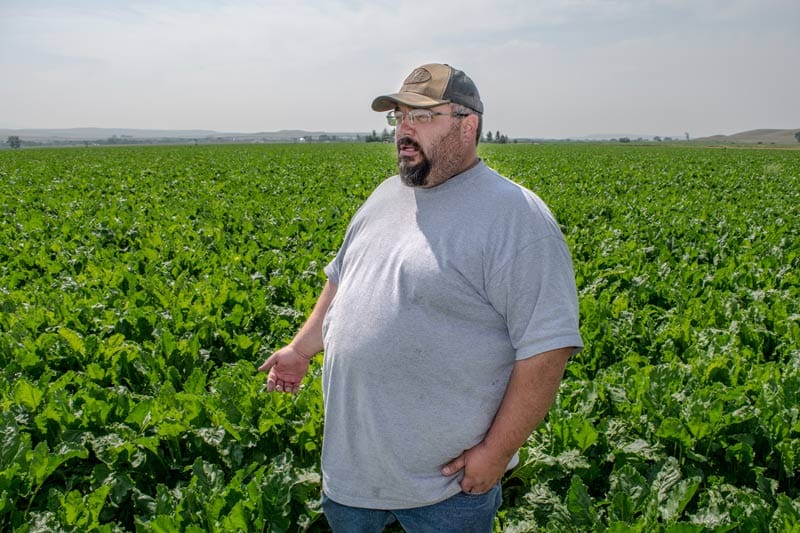 Cooler soils, moisture retention, better emergence and more sugar content and tonnage are just some of the reasons Greg Schlemmer is going all-in on no-tilling sugarbeets.

It’s not uncommon to see farmers in Montana disc rip, plow, roll, level and ridge their fields to raise sugarbeets — even ridging a second time if wind or storms either flatten or wash away the ridges.

But most of that tillage-intensive field work is a distant memory for Greg Schlemmer, who is in his fifth year of no-tilling sugarbeets and reporting plenty of success. He’s logged increases in tonnage and sugar content and done away with most of his tillage equipment. He estimates making up to $140 an acre on the crop in 2017.

“I like to call it being 100% effective and 0% efficient,” Schlemmer says of his tillage days. “I could go out and do all that. But I just knew it didn’t pay.”

Schlemmer and his father, Ervin, started their progression toward no-till 10 years ago when they stopped plowing and bought a disc ripper and had sugarbeets custom strip-tilled. Schlemmer was already no-tilling malt barley — which he raises for Coors — into silage-corn stubble.

Several years later he had a field that was in bad shape in spring and Schlemmer determined if he plowed, “it would have been a cloddy mess. I just told Dad, ‘We’re just going to plant beets in that. We’ll figure out how to get them to make it but we’re going to try it.’”

He bought Yetter floating row cleaners for his planter to help clear a spot for the seed, and that field turned…