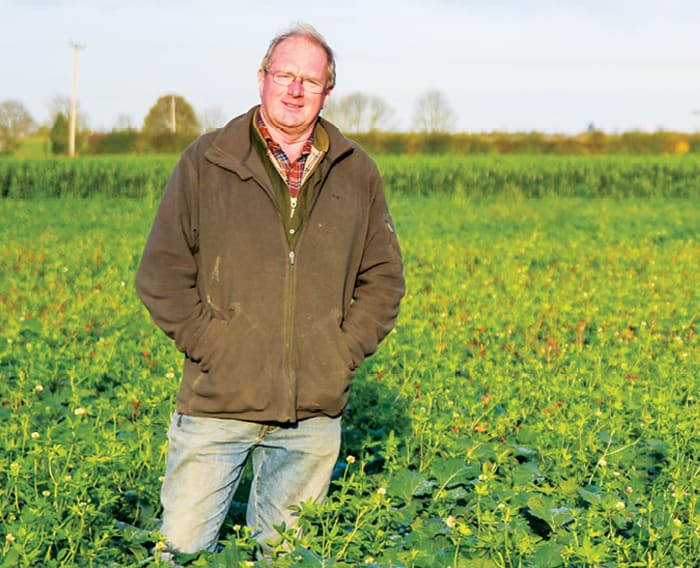 Reports of his retirement have been greatly exaggerated as David White is direct drilling various crops on light ‘boys’ land near Cambridge, England.

(Editor’s note: This article originally appeared in Direct Drilling magazine, which is published in the U.K.)

Farming 400 acres of combinable crops on light ‘boys’ land between Cambridge and Newmarket, I’ve just had my third direct-drilled harvest. I’m 100% combinable, having been a sugarbeet grower since the days of hand hoeing, as well as offering a drilling and harvesting service with a 6-row tanker in the past.

I stopped growing beet when I wanted to start direct drilling. All crops types are grown for premium markets and are stored in Camgrain central storage, which makes having a rotation of six or seven crops and different varieties very easy.

There comes a time in life where the pressure of being either at work or on stand-by — in case the wind should drop to allow some spraying to be completed or it being dry enough to drill or harvest a crop — for most of the year becomes tiresome.

An opportunity arose to reduce my contracting workload, the distance I travelled and the area I farm. So I took it thinking this would be staged or semi-retirement, something farmers are very bad at!

This coincided with an interest in a different type of farming being stimulated through discussion on Twitter and The Farming Forum that requires less intensity in many forms.

I also have other business interests which bring diversity to my business life through selling Trimble GPS correction signals for precision farming and being vice chairman of Camgrain Stores.