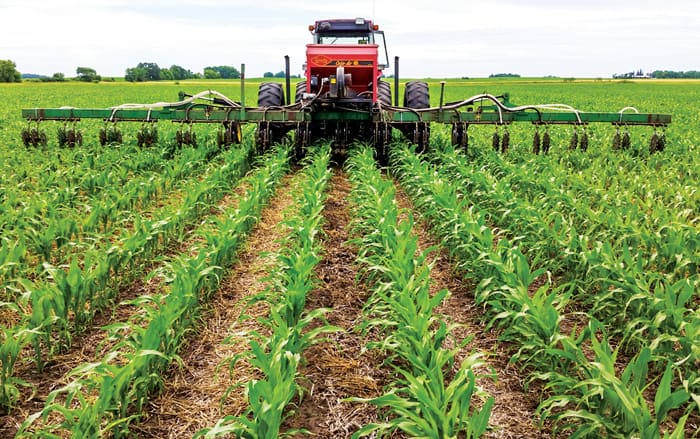 Tom Cotter is boosting the value of his soils in the heart of the Corn Belt by putting the iron away and keeping his fields covered and active year round.

It’s easy to get stuck in a rut with farming, but that’s a major reason Tom Cotter did the opposite of that and turned to no-tilling and interseeding cover crops to rejuvenate his farm.

The system he’s developed over time let him increase yields, generate more income from the same amount of land and improve the quality and health of his soils, livestock and crops in a geography that generates some challenges to no-till success.

Cotter is a fourth-generation farmer whose family had been tilling their 1,100-acre farm near Austin, Minn., since the 1870s. About 19 years ago, Cotter and his father Michael first tried a cover crop of dwarf Essex rape seed on harvested pea ground for weed suppression and drainage. They saw immediate results on their heavy, clay loam soils.

“We used it for the weed suppression first but realized really fast that there was an advantage to tiling also,” Cotter told attendees at the National No-Tillage Conference earlier this year. “When we’d tile the field we’d have to hook three tractors up to get through mud and wet spots.

“With the cover crop out there it’s like driving on a football field. Then we realized that our farm drainage as a whole was working better because of the cover crops. I still install drain tile in some key spots, but the cover crops are helping that water infiltrate faster.”

The following year, the field where the cover crop had been also gave them their best…

Premium content is for our Digital-only and Premium subscribers. A Print-only subscription doesn't qualify. Please purchase/upgrade a subscription with the Digital product to get access to all No-Till Farmer content and archives online. Learn more about the different versions and what is included.
KEYWORDS cover-crop mixes Gandy grazing cover crops interseeding in corn interseeding in soybeans no-tilling sweet corn pendulum spreader pre-emergence herbicide tips for interseeding weed control

What I've Learned From No-Tilling: Focus on No-Till, Soil Health Puts Farm Problems Out to Pasture

Getting Positive Results from a Cover Crop ‘Addiction’