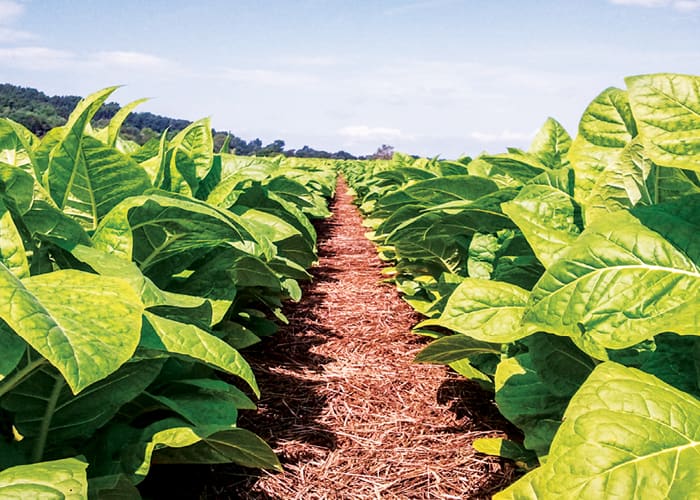 The 2004 Tobacco Buyout changed the face of the leaf industry in the U.S. forever, drastically reducing the number of small farms with widely spread “quota” plantings and giving rise to several concentrated areas of significantly larger-scale tobacco fields.

Today, U.S. tobacco production accounts for 320,000 acres total, compared with 2 million acres between 1920 and the end of World War II. In the past, nearly all farmers in tobacco country grew a small area based on their land’s government tobacco allotment — meaning there were many half-acre, 1-acre and 5-acre plots throughout tobacco-producing states.

Without the quota, growers today are farming 30-300 acres of tobacco in areas particularly suited for the crop. When it’s conventionally farmed, continuous tobacco can average 29 tons of topsoil erosion per year — roughly the load of two tandem-axle dump trucks per acre. Today’s growers face the threat of extremely high erosion to their land’s productivity, along with a serious need to remain in compliance with Farm Bill provisions that tie crop insurance subsidies to soil conservation.

In Kentucky, where 80,000 acres are currently devoted to tobacco production in the western part of the state and in an area along the Interstate 65 corridor and east to Lexington, growers who wish to maximize their production are well aware of federal compliance regulations, but think they face a catch-22 in meeting them with reduced tillage.

On The No-Till Soapbox With Jerry Crew