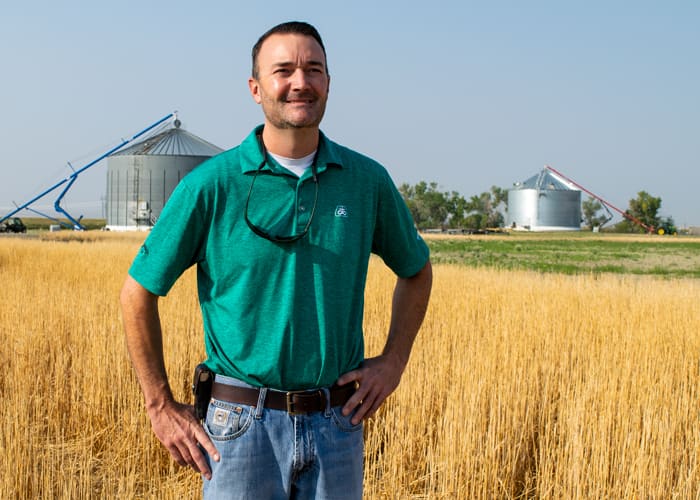 What I've Learned from No-Tilling: Willingness to Change Keeps No-Tillers in the Field

The Auer family keeps pushing their no-till legacy ahead with equipment adaptations and improved rotations to rejuvenate fields.

My family farms on what is known as the Comanche Flats just northwest of Billings, Mont.. As the name implies, the terrain is relatively level — in fact, the plow horses my great grandfather used to work the land were likely grateful for — so erosion isn’t a major concern for us.

What drove my father, Les, to adopt no-till back in 1981 was efficiency and moisture.

The soils on the home farm are a very heavy clay, making them difficult to work with iron. My dad has recounted to me how in the 1970s, before he adopted no-till, getting conditions right for planting was a nearly futile effort. By the time he would get done working all the ground it would need to be worked again. It was an exhausting and expensive loop for him to keep running around.

By 1981 my dad had heard of no-till and was very interested in the technique. Some people in our area were still moldboard plowing when he no-tilled his first field. Dad had long since gone to more minimal tillage methods, using a toolbar to prep for planting, but hadn’t tried full no-till. That spring my dad sprayed out one of his fields slated for summer fallow instead of plowing it.