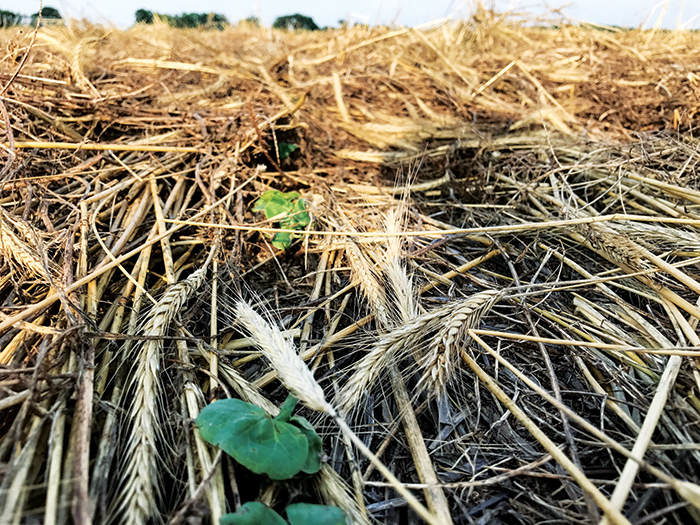 On the verge of bankruptcy from herbicide-resistant weeds, Adam and Seth Chappell discovered they could control weeds and slash inputs by embracing conservation practices.

Back in 2009, Adam Chappell was at the end of his rope. Trying to control pigweeds on the 9,000-acre farm he shares with his brother, Seth, in Cotton Plant, Ark., was a constant fight. They were making 15 trips across the field in per growing season with sprayers and various tillage equipment, spending anywhere from $100-$200 an acre on weed control.

It was so bad, Adam told attendees at the 2018 No-till on the Plains Winter Conference, they were on the brink of bankruptcy.

Desperate to make a change, Adam began scouring the internet for any information that could help them take back control of their weeds and their finances. That’s when he came across a video on YouTube of an organic pumpkin grower who was using cereal rye for weed control.

When Adam noticed there were no weeds poking up through the rye residue in the video, which was shot in June, he knew they had to give cover crops a try. In 2010 they plowed ahead of the crop as normal, but that fall they seeded 300 acres of cereal rye. The following spring they saw an immediate reduction in weed pressure on those 300 acres.

Since then they’ve permanently parked their tillage equipment and have expanded cover crops to almost every acre of their farm. In addition to better weed control, they’re spending 40-50% less inputs than their neighbors, while still maintaining yields.

“Our yields are competitive and we actually have profit potential, where we didn’t prior…