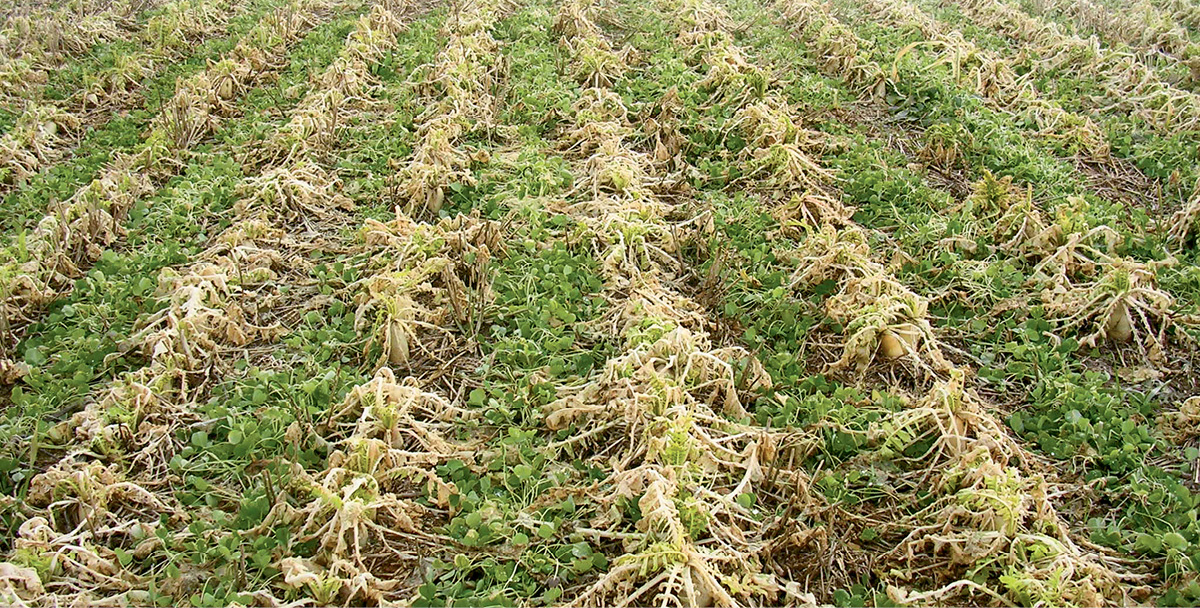 By Darrell Bruggink posted on August 1, 2008 | Posted in Cover Crops

“Soil is meant to be covered.”

Those are the words on Steve Groff’s favorite cap.

And they are words that the Holtwood, Pa., no-tiller lives by as well. One look at the rolling hills of southwestern Lancaster County provides the reason. Without the residue from no-till and the use of cover crops, a lot of bare soils would be vulnerable to severe erosion.

A no-tiller for 26 years, Groff originally began growing rye as a cover crop in the late 80s, but they weren’t a major emphasis.

“We always put them in when we had time,” he says. “But it wasn’t intentional, so to speak, to make it a sheer habit back then.”

What made cover crops a focused effort was when he used them to suppress weeds and improve weed control in pumpkins and tomatoes, as a result of a lack of herbicides for those crops.

In addition, he discovered some additional benefits. Keeping the soil covered kept his pumpkins cleaner and made them more saleable, since dirt no longer splashed on them during rainfall events. For his tomatoes, keeping the soil from splashing onto tomatoes with a cover crop delayed the onset of early blight and reduced fungicide use and expense.

In addition, he grows acorn, spaghetti and butternut squash behind cover crops and direct-markets them to area stores.

“Where cover crops have saved me is I can usually pack these vegetables right in the field because they’re so clean,” Groff says. “We just have some cloths with…

Premium content is for our Digital-only and Premium subscribers. A Print-only subscription doesn't qualify. Please purchase/upgrade a subscription with the Digital product to get access to all No-Till Farmer content and archives online. Learn more about the different versions and what is included.
KEYWORDS Cover crops Lancaster nitrogen Pennsylvania steve groff tillage radish