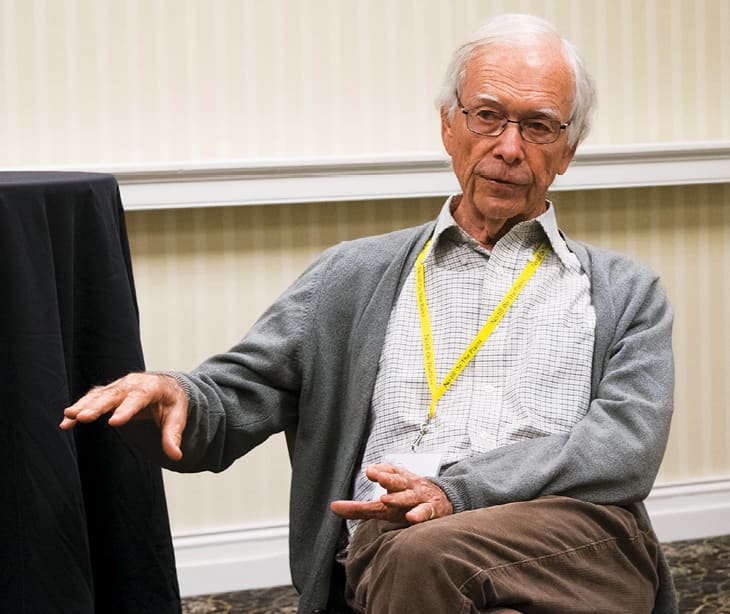 By John Dobberstein posted on June 9, 2018 | Posted in Soil Health

When it comes to threats facing the Earth’s arable lands, a perfect storm is brewing and technology alone won’t be enough to solve it, Allan Savory says.

Rising global populations, increasing use of fossil fuels and poor grazing management are driving problems associated with climate change and causing the “desertification” of the world’s landscapes — in other words, too much bare soil.

The co-founder of the Savory Institute believes desertification is caused by “reductionist management” that works against the web of complexity that includes social, cultural, environmental, and economic factors.

The biggest problem isn’t with tropical rain forests with guaranteed moisture, where it’s nearly impossible to have large areas of bare ground. It’s in climates with intermittent humidity and dryness in which desertification in the U.S. and world occurs.

“Effective rainfall is that which falls, soaks into the soil and only leaves it through growing plants, or by flowing through the soil to rivers, wetlands and aquifers,” he says. “Non-effective rainfall runs across the soil surface, leading to…