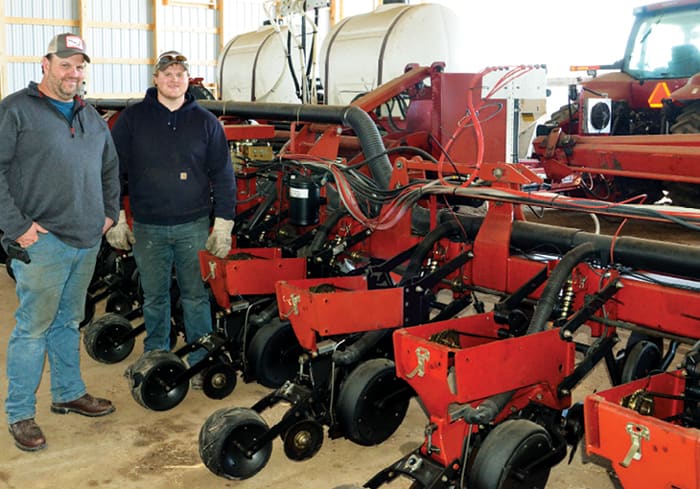 In an area of northwestern Wisconsin known for its teeming fracture sand mining industry, no-tiller Jeff Lake, his wife Kelly and son Jake are carving out a successful no-till operation on 1,500 acres of irregularly-shaped, contoured fields.

Despite the porous nature of their sandy loam/loamy sand soils, the Lakes are beginning to see improved soil organic matter and soil health with their switch to no-till practices.

Originally a dairy farm dating back to the late 1800s, Jake Lake represents the 6th generation on this family-owned farm. Jeff Lake splits ownership roughly in half with his brother Rick and wife Gloria. Jake Lake, at 20, recently joined his father full time, where he’s immersing himself in the precision and prescription aspects of the operation.

Jeff’s daughter April, who works at the local Synergy Coop, also lends agronomic advice and helps out when needed. She’s also pursuing a degree in agronomics at UW-River Falls.

After exiting dairy operations in 1999, Jeff Lake would run a disc in the spring as his method of soil preparation prior to planting.

“Then, about 6-8 years ago, we decided we needed to go in a different direction with no-till. We weren’t getting the yields we wanted…