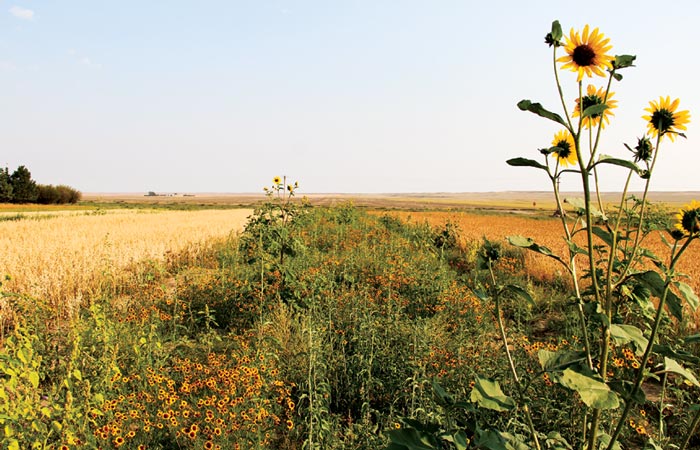 By Mark McNeely posted on May 12, 2018 | Posted in Cover Crops, Crop Protection

In an age of surface-applied insecticides and seed treatments, the importance of beneficial insects and natural pollinators to a thriving agricultural ecosystem can easily be overlooked.

After all, the most essential staple food crops on the planet, like corn, soybeans, wheat, rice and sorghum, are self-pollinating. And the role of insects in pest management typically doesn’t get a lot of attention, says Eric Mader, even though less than 2% of all insect species are true crop pests.

“We’ve seen a staggering conversion of CRP land and grazing lands to commodity crop production in the wake of the renewable fuel standards and as a response to the ever-present demand for cheap livestock feed,” says the co-director of the Pollinator Conservation Program at Xerces Society.

“What has resulted in the past decade is really the largest conversion of permanent perennial grassland back to crop production since just before the Dust Bowl.”

Nature’s statistics on insect abundance and diversity in soils are pretty remarkable, Mader says. In most temperate climates, for example, a native prairie or native forest system can reveal several thousand insects in 1 cubic yard of intact native soil. And, in many cases, these insects can live for years.

Despite an abundance of some insects in native soils, two pollinator insects that have been in notable decline are honeybees and monarch butterflies.

Tips for Fighting Prolific Slugs and Protecting Your No-Till Crops